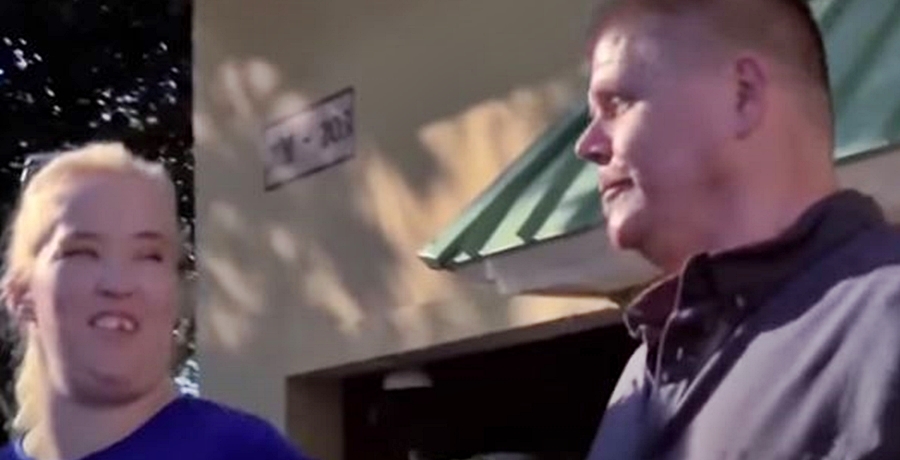 Mama June: Road to Redemption premiered on March 19 on WE tv. The teasers revealed that June and Geno went off to rehab and now, she hopes to reunite with the girls. However, she seems very concerned that as long as Geno Doak’s around, they might never welcome them back into their lives. Bear in mind, Alana and Pumpkin went through hell after Geno and June absconded and went on a long drug binge.

Mama June seems concerned about Geno Doak and her daughters

Over the past year, fans on social media urged June Shannon to reach out and reconcile with her daughters. However, it might not be as simple as WEtv fans think. We speculated that she might not wish to reunite. However, it turns out that she hopes for it. Now, teasers for the new season reveal that the pushback probably comes from Pumpkin and Honey Boo Boo. Actually, Pumpkin mentioned that she can’t just waltz back into their lives like nothing ever happened. Honey Boo Boo cried and angrily asked her mom why she left her when she needed her the most.

Many fans blame Geno Doak for taking Mama June down the road into desperate crack cocaine addiction. In the last season, June felt scared of rehab, unless he went with her. It seems that June can’t shake off her addiction to Geno, actually. In fact, fans reacted angrily when they found out that Geno appears in Road to Redemption.

Now, it seems that Pumpkin and Honey Boo Boo also feel angry about Geno Doak still hanging with their mom.  June disclosed some of her concerns about reuniting with the kids in an exclusive video interview with Entertainment Tonight ahead of the premiere on Friday night.

Now living in Florida, the grandma and Geno hardly ever see the kids

During the interview, it turned out that Mama June only sat down face-to-face once with her family. And it appears that came for the WEtv production team. However, she tries to stay in contact with them via social media. It sounds like the kids don’t forgive and forget as quickly as she hoped. Nowadays, she realizes that she needs to earn their respect and love. Geno Doak might raise way too many red flags for them. Although they both attended rehab, it seems the girls might never forgive him. Mind you, June still maintains he’s the innocent one and she led him down the road into heavy drug use.

In the interview, Mama June talked about how she hopes that her daughters and Geno get past their “differences.” And, she hopes that they can all “coexist.” Well, the show reveals that Pumpkin hates that her mom chose “a man over her kids.” So for now, while June hopes for forgiveness, she also acknowledges that it’s “a work in progress.” Additionally, she talked about not knowing what the future holds. In fact, she said that nobody can foresee the future.

What are your thoughts on Mama June hoping that her daughters accept Geno back in their lives? Do you think they will forgive him? Sound off your thoughts in the comments below.