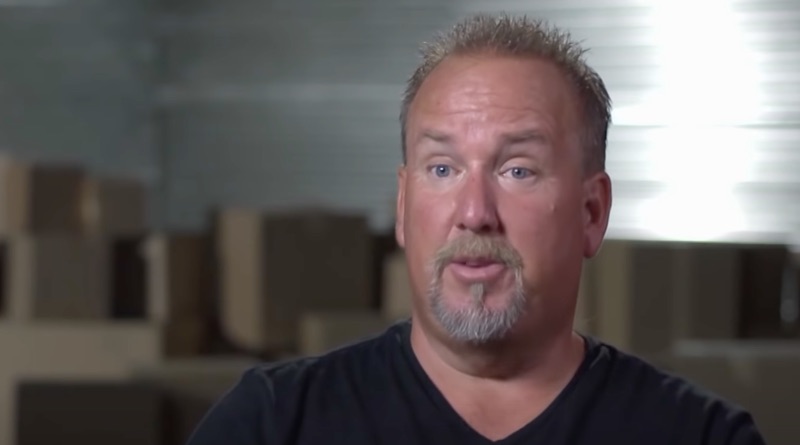 Storage Wars features an interesting cast of characters – and one of those is Darrell Sheets. “The Gambler” earned his nickname for being a risk-taker when it comes to buying abandoned storage lockers. But what is he up to these days?

The adage of big risk, big reward certainly rings true for Darrell Sheets on Storage Wars. He was always ready to pay big bucks when it came time to bid. And because of the way he took risks and put it all out there, those risks would often pay off with big rewards.

Storage Wars cast members don’t know what’s in an old unit before they bid on it. But that’s largely where the drama comes in on the show. Certainly, it’s something that keeps viewers tuning in. Meanwhile, in Darrell Sheets’ case, he certainly takes the go big or go home mentality in terms of his bidding style.

Certainly, there are more conservative Storage Wars bidders. But if you’re looking for one, Darrell Sheets isn’t it. At one point during the show, he forked over $3600 for an old unit. As watchers remember, that gamble paid off big-time for him. As it turned out, he found artwork inside with a value of over $303k.

That’s a crazy return in the high-risk, high-reward Storage Wars environment. Meanwhile, things certainly worked out for the better for Darrell Sheets once he opened the unit and found those high-value items. He appeared in every season of the popular A&E show. Meanwhile, he netted quite a good amount of valuable items over the last twelve seasons of the show.

Where is Storage Wars Star Now?

Storage Wars is coming back with a brand new season. Season 13 of the show will soon air. And with that, a lot of fan-favorite auctioneers will return – including Darrell Sheets. There was an extended hiatus between Season 12 and Season 13. Meanwhile, it wasn’t certain that the show would come back. But it looks like the majority of the gang is all here for more.

After Season 12 of Storage Wars wrapped, Darrell Sheets took some time away to focus on his personal life and family. Tragedy struck when Darrell revealed he had a mild heart attack. In addition, he found out that he had congestive heart failure. Luckily for him, he was able to recover.

Meanwhile, after the hiatus between Storage Wars seasons, it’s clear he is back and better than ever. And the good news is that fans will be able to see Darrell “The Gambler” Sheets when the new season premieres. Be sure to tune in for the Season 13 premiere, April 20, at 9 pm only on A&E.

Teaser: The Winders Disagree Over Third Wife On Next ‘Seeking Sister Wife’
Lori Loughlin Got Her Passport Back, Can She Film ‘WCTH’ In Canada?
Josh Duggar’s Alleged Rape Victim, Danica Dillon, Talks About His Arrest
Kaitlyn Bristowe Marks Mental Health Month By Getting Real About Anxiety
‘When Calls The Heart’: Lucas, Baby Jack Were In Adorable Deleted Scene