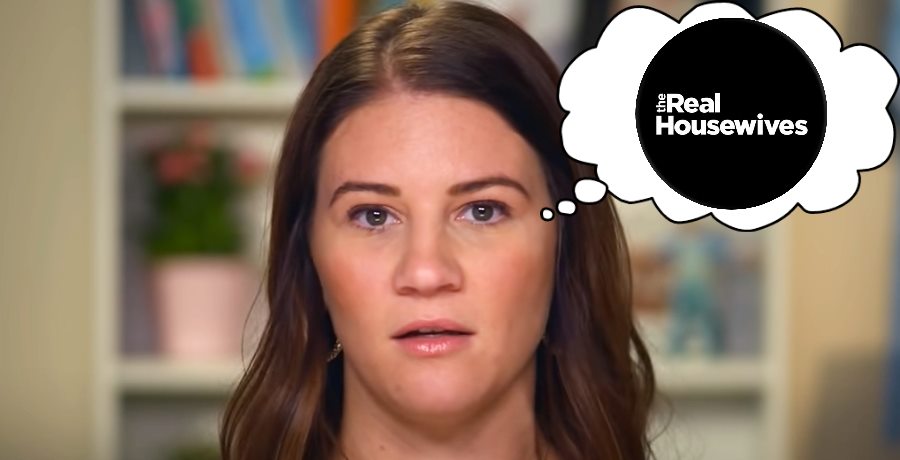 With as much as OutDaughtered mom, Danielle Busby has a lot going on, it may be a shock to find that she still makes time for her fans. However, given a recent Instagram Stories Q&A that seems to be the case. Danielle encourages her Instagram followers to ask her questions. Assumably, this is to curb the boredom while she waits in the car for the girls to be done with ballet. Her followers happily oblige. Interestingly enough, one fan wants to know about Danielle’s television viewing habits. Specifically, reality tv. Keep reading to find out more about Danielle Busby and Real Housewives.

There are a couple of reasons why it may come as a surprise that OutDaughtered Danielle Busby has a favorite reality television show. First off, being a part of a reality television show herself, the argument could be made that she doesn’t want to watch any more of the genre than she already does. However, that doesn’t seem to be the case.

Next, how does a mom of six even find the time to watch television. OutDaughtered fans watch the Busby quints and their big sister, Blayke grow up on television. It is no surprise that the whole Busby family is busy. In this season of OutDaughtered, fans learn that girls are in ballet. Not only that, Adam and Danielle Busby regularly do activities with the quints. For example, this season fans get to see the girls learn how to ride a bike.

In Danielle’s recent Instagram Q&A, a fan asks, “What reality tv do you enjoy watching?” Given the emojis that accompany this response, it looks like Danielle Busby may have let her third guilty pleasure slip. Fans that follow along with Q&A already know that the first two are ice cream or tequila. Danielle enjoys watching “All the Housewives.”

Does the mom of six want to join the Real Housewives franchise?

Interestingly enough, this isn’t the first time that the Bravo franchise of Housewives comes up in conversation involving the Busbys. Not too long ago a fan wanted to know if Adam and Danielle Busby would ever consider being on a Real Housewives show. However, Adam quickly shuts down the idea. He responds to the fan with, “we try to steer clear of drama instead of running to it.” Furthermore, he says, “we know what goes on behind the scenes of those shows… no thank you.”

Are you a fan of Housewives like Danielle Busby? Let us know what your favorite reality television show is (besides OutDaughtered) in the comment section below. Come back to TV Shows Ace for more OutDaughtered news.