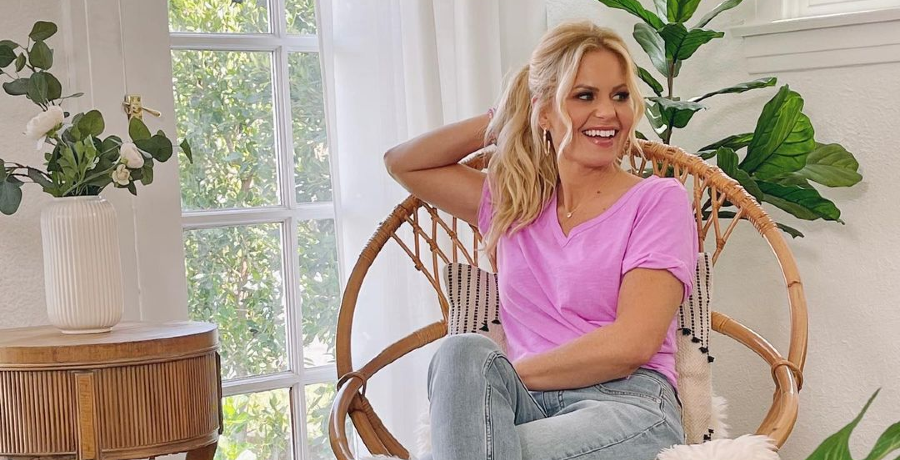 Candace Cameron Bure revealed that her 21-year-old son Lev is no longer engaged. Her dream to become a “hot grandma” isn’t happening anytime soon. Currently, none of her adult children are engaged or married. While Candace married young, her offspring feel no rush to run down the aisle.

Lev ended his engagement with fiance Taylor Hutchison just eight months after popping the question. On Thursday, April 14, Candace broke the news to Us Weekly. According to the actress, it was a “mutual decision” and said that her oldest son is feeling “great” even after ending his relationship. She previously shared that she couldn’t wait to become a “hot grandma.”

In her latest interview with Us Weekly, Candace Cameron Bure said that her son Lev won’t be getting married anytime soon. On Tuesday, April 20, the Fuller House star’s interview with the outlet was published. During the interview, the 45-year-old admitted that her 21-year-old son called off his engagement to Taylor Hutchison just eight months after publicly announcing the news.

“Sorry, you didn’t get the memo?” Candace joked. “We didn’t make an announcement, but yeah, he’s no longer getting married.”

The Full House alum shares Natasha, 22, and Maksim, 19 with her husband Val Bure. She revealed that her son is doing “great” despite the couple’s decision to not move forward with their nuptials. Thankfully, it wasn’t a dramatic split for the young couple. They came to an agreement on ending their engagement.

“It was a mutual decision, so nobody’s upset and heartbroken,” she added.

Last week, Candace announced the news that she’s launching her own womenswear line on QVC. The Candace Cameron Bure Clothing line debuted on Monday, April 19. The Hallmark Channel star said that she’s been working on this brand for a year before sharing the news. It’s part of her ongoing partnership with the shopping network.

‘Aurora Teagarden’ star was hoping to be a “hot grandmother”

In November 2020, Candace Cameron Bure first spoke to Us Weekly about Lev’s engagement. She revealed that she loves the couple “unconditionally.” Candace promised that she would be a part of their lives as well as her grandkids’ lives.

“I don’t want to do rock the boat,” she added. “I just want to be there to support.”

At the time, the former child star said that she has big plans for their wedding. Candace already made herself the wedding planner. She also said that she would be the “best mother-in-law in town” and couldn’t wait to be the “hot grandma.”

The couple announced their engagement in August 2020. Candace shared the exciting news on her respective Instagram page. In the caption, she said shared that she “can’t wait for wedding planning shenanigans.” But the woman who plays D.J. Tanner will have to wait a bit for now.

She’s already getting ready for Mother’s Day. In her interview with Us Weekly, she shared that she loves receiving personalized gifts from her children. Candace noted that each of them is so different, which makes it even more special. Overall, her ideal Mother’s Day is just spending time with her husband and their children.