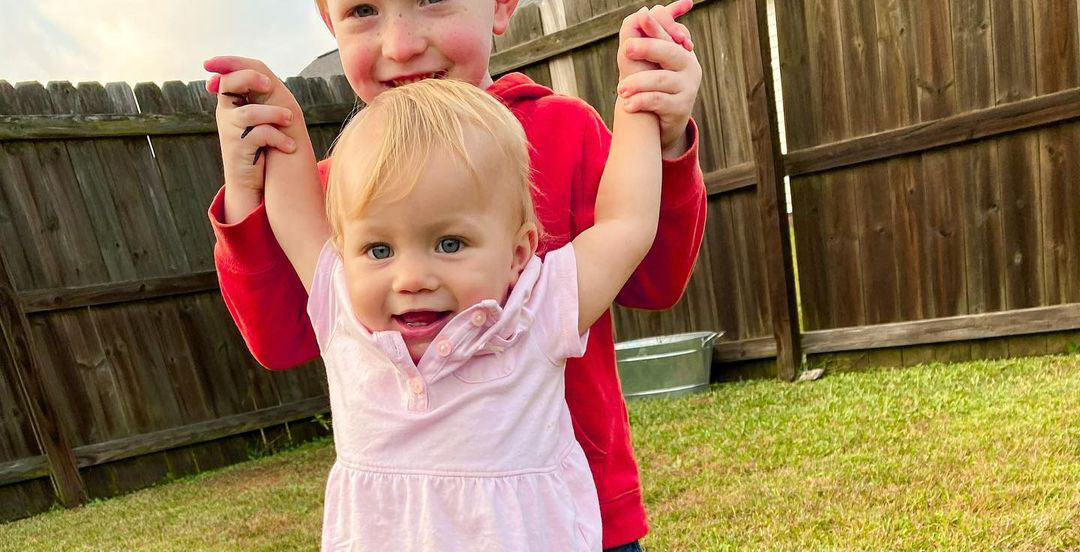 Sister Wives fans know that there is something extra special about Maddie Brush’s daughter, Evie. Not only that, but they know that she is a great mom to Axel and Evie. One of the admirable things that Maddie and her husband, Caleb do is advocate for Evie while raising awareness for FATCO syndrome. Keep reading to find out why Maddie says Evie is normal.

For starters, FATCO is the acronym for fibular aplasia, tibial campomelia, and oligosyndactyly syndrome. The National Institutes of Health (NIH) defines FATCO syndrome as a “rare, genetic, congenital limb malformation syndrome.” Furthermore, the most common symptoms are abnormality of the calf bone and/or abnormality of the shank bone. According to the NIH, the aforementioned symptoms affect 80-99% of people with FATCO.

At the beginning of Season 15, Sister Wives viewers become aware that Evie has FATCO syndrome. In the Evie introduction episode, Maddie explains what is going on. “If anybody doesn’t know, she has a syndrome called FATCO syndrome, she is missing bones.” Maddie’s mom, Janelle Brown, steps in to further explain Evie’s syndrome and “limb differences.”

Furthermore, the Brush’s explain in an Instagram post that they are hesitant to publicly share about Evie’s condition. Ultimately, they decide that trying to hide it might make things worse in the long run. One of their concerns is that hiding it might make Evie feel bad about herself. “As a family, we have decided to be open as we walk through this journey. We want Evie to always feel pride in who she is, and all that god gave her,” shares Maddie.

Maddie addresses how Evie is normal

In a recent Instagram post, Maddie addresses some concerns that fans regularly bring up to her. She begins by explaining why she is sharing this adorable photo of Evie. “I get asked often, ‘why don’t you [post] more about limb difference?’ or ‘why don’t you talk about Evie’s disabilities more often?’

Next, Maddie addresses the questions. She explains that she realizes that that is “something you might expect to see.” However, she goes on to share about what normal is to her. “I’m just a mom with normal kids,” writes Maddie. She goes on to elaborate on how this normalcy specifically relates to Evie. “Just because you can physically see Evie’s difference doesn’t mean she is any less ‘normal’.”

Ultimately, the message behind this post is that just because “Evie has a limb difference” that is “abnormal,” doesn’t mean that Evie isn’t normal. Maddie writes that her “goal is to show that she is NORMAL.”  In closing, Maddie writes, “She’s different like every other kid has their limb difference, except you can see hers and that would be something we normalize and I hope to for her.”