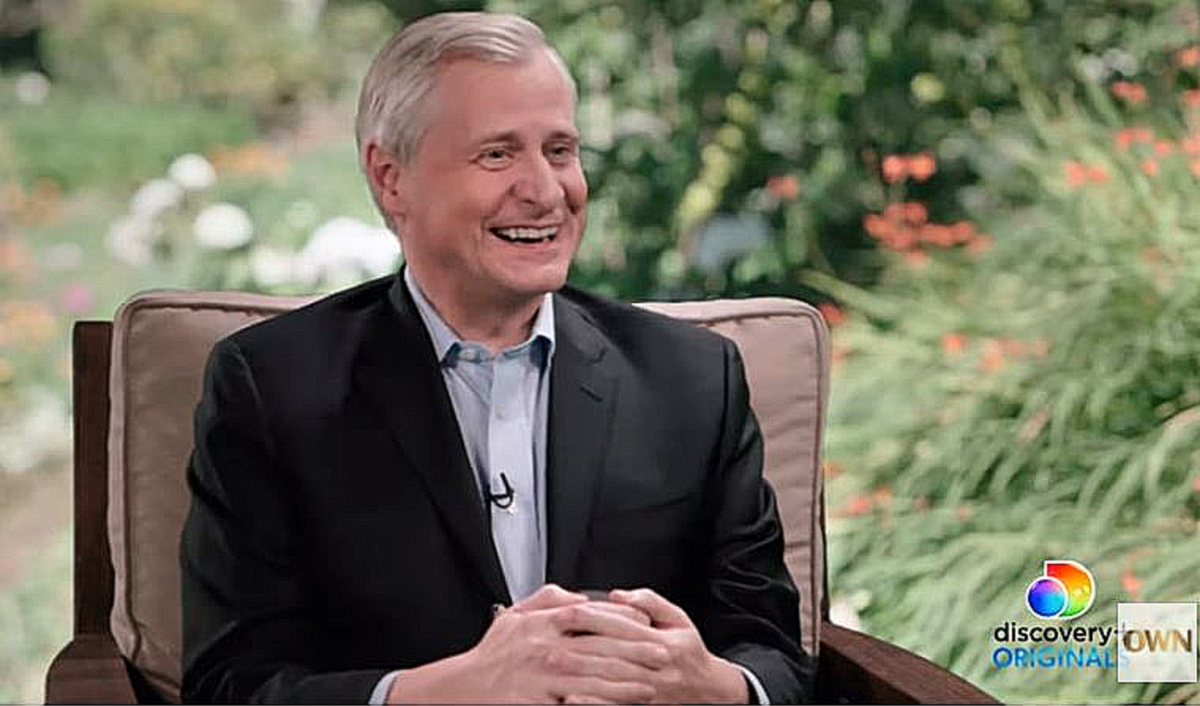 American historian, author, and academic Jon Meacham is one of the country’s most observant writers. He sits with Oprah Winfrey on Super Soul to talk about where we are as a country and how we can step back and take a breath, look backward at what history tells us, and regroup as a nation.

Meacham is the next guest on Super Soul with Oprah, streaming on discovery+ this Saturday. OWN sent TV Shows Ace the amazing four clips posted below that preview this no-miss visit with one of the most interesting authors and experts on American history.

Oprah asks Jon Meacham what two of the most important speeches of our current time that he helped write.

Meacham noted it was President Biden’s Inauguration speech, and before that his victory speech.
Of that task, he said: “It was very daunting. Absolutely terrifying in some ways. You know, I’ve never written speeches before, Vice President Biden was a great friend and had been really kind, particularly about the book we’re talking about, we had done a couple of public events together, and as the campaign unfolded, I’d never really been involved in politics much, except as an observer, but we were clearly fighting for the essence of the nation last year, and really the previous five years, and so I was honored to be asked to help him.  The thing about speech writing, is you want it to be fully the person speaking. And in fact, I don’t even like talking about it,
because if you’re going to choose to serve in a kind of public way, by doing that, the words are in fact his, once they come out of his mouth.”

In Hebrew or in Greek, soul means life,” says Meacham.

“It’s the essence of who we are…it’s an arena of contention.”

Historian Jon Meacham: Fear is the Reason the Country is So Divided

Meacham shows how history repeats itself: “Here’s an interesting little thing, in the winter of 1860, after Lincoln was elected, Alexander Stevens, James Buchanan himself, all said ‘you can’t just secede from the union, because you lost an election. You have to at least wait to see if he’s going to do something that you object to and then secede.’
And they both said [that] the election unfolded according to constitutional means so you have no immediate cause to do this. The hyperbole, the fear, the anger, the irrationality, the cult of personality, that led to January 6th, are all things that have recurred in our history but are flowing instead of ebbing, right now.”

Based on OWN’s three-time Emmy Award-winning television series SuperSoul Sunday hosted by Oprah Winfrey, the new series delivers timely, thought-provoking, eye-opening, and inspiring programming designed to help viewers awaken to their best selves and discover a deeper connection to the world around them.

discovery+ is a subscription streaming service that forged a landmark partnership with Verizon giving their customers select plans up to 12 months of discovery+ on Verizon. discovery+ features a wide range of exclusive, original series in lifestyle and relationships; home and food; true crime; paranormal; adventure and natural history; as well as science, tech and the environment and a slate of high-quality documentaries.

Oprah Winfrey is joined by Pulitzer-Prize winning author and historian Jon Meacham to discuss his book, “The Soul of America” on “Super Soul” airing this Saturday, April 17 on discovery+. The interview will also be available on “Super Soul” podcast beginning Wednesday, April 21.