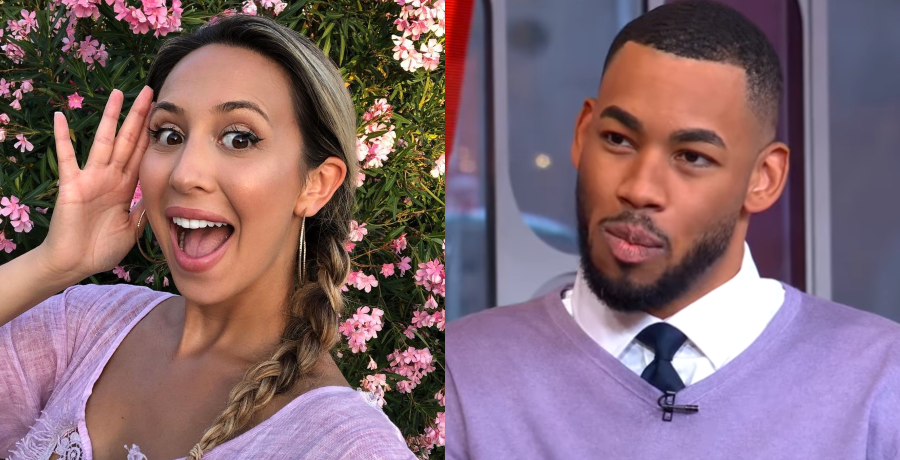 Natascha Bessez is known by Bachelor Nation from Listen To Your Heart. Coming in later, she had to let fans warm up to her. There wasn’t any denying she was talented. She left the show with Ryan Neal and they continued their relationship long distance. They only split after COVID and the distance became too much. Natascha said maybe they could make it work in the future.

Natascha has a history of reality television that goes back before LTYH.  According to IMBD she wanted to be a Pussycat Doll on their show The Search for the Next Doll. Uncredited roles in Gossip Girl and Royal Pains appear on her resume. She also had a credited role in Lipstick Jungle.

In her Instagram profile, she also has Season 9 of The Voice of Holland listed. So, she wasn’t a stranger to music competitions either. According to Heavy, she sang Bruno Mars’ “Finesse,” and got a chair turn.

Mike Johnson came to people’s attention when competing for Hannah Brown’s heart and now has made a name for himself in Bachelor Nation. He’s the host of his own podcast with Bryan Abasolo. Now, the two Bachelor nation stars have teamed up for a new project.

What Project Are Mike And Natascha Bessez Working On?

Mike shared a snippet of the music video. The two are getting very cozy in the desert. Mike captioned it, “this is going to be amazing.” He tagged Natascha and said, “you ready for everyone to see this?” Several of his fans were very confused by the post because it came from left field. They expressed that in the comments. One said they didn’t know what it was, but it looked very nice.

She posted on her Instagram as well. Natascha said, “TOMORROW. Who’s ready?? Make sure to subscribe to my YouTube to watch.” Mike commented he couldn’t wait. He also said, “there was no harm done to any Jordan’s in the desert.”

Fans Are Already Shipping The Two Get Together

Anytime two people in the franchise’s circle team up, fans want them to date. It’s no different for Mike and Natascha Bessez. Two days earlier she shared the clip above of them dancing together. They were looking lovingly into each other’s eyes seemingly acting. Of course, fans are shipping it already. One said, “This is definitely the love we didn’t know we needed!!!! I would love to see you two together.”

Several fans asked on both of their Instagram accounts if they were together. One fan said, “Omg, soooo cute!!! Can’t wait to see the music video! Also, I ship this? LOL!”. Are you excited to see their music video? What do you think of them as a potential couple? Comment with your thoughts down below.