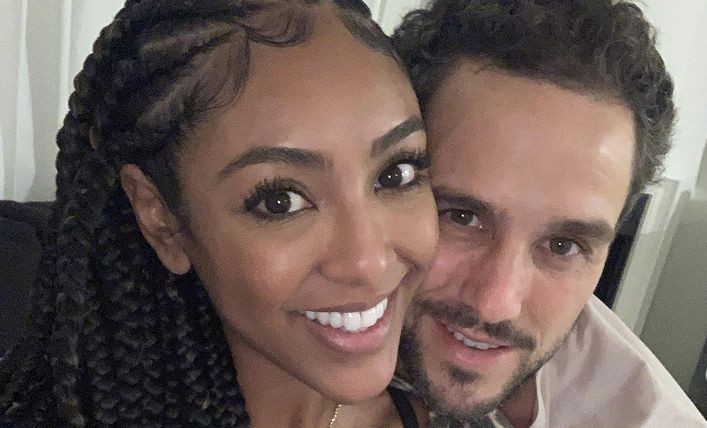 Everyone loves to see Bachelor and Bachelorette success stories. Zac Clark and Tayshia Adams are one of those couples making it work so far. However, in a new interview, Zac revealed some interesting facts about their relationship. Plus, are they ready to start planning a wedding? Keep reading to find out about this fan-favorite couple.

Zac Clark talks about his relationship with Tayshia Adams

US Weekly shared all about what Zac had to say about his relationship with Tayshia. While many think their relationship has been fairly perfect, Zac puts that assumption to rest. He admits he and Tayshia have had their fair share of rough times.

Zac said, “Naturally, it’s for all the reasons that people say it shouldn’t work. Because it’s so quick and all that stuff. And I hear that. There’s also a lot of reasons why, for me, it does work.” He continued, “Cause you put the cell phone down, there’s no distractions, your conversations are very, like, pointed and structured and you really give yourself — like, for me, I gave myself that opportunity to kind of really explore what love was and what this relationship could be.”

Zac said when they left the show it was about getting back to reality. He knew they already had a strong foundation to build on. So, at that point it was all about getting to know and understand each other.

He said, We’re both passionate, driven, busy human beings. And with that, we need to remind ourselves to work each other into it and we’ve done [that]. So yeah, a couple months after, there was some ups and downs, of course, and, like, well-documented, but at the end of the day, it’s all good right now.”

Today they are good

Zac said today they are great. He just went and visited Tayshia in New Mexico prior to running in the Goggins Challenge over the weekend. He ran 48 miles in 48 hours. The event was to raise money for the Release Recovery Foundation, a nonprofit he cofounded that is dedicated to providing scholarships to individuals who suffer from mental illness and substance abuse.

As far as Tayshia, Zac only loves her more today than yesterday. He continues to learn more about her everyday. He said, “[The] most surprising thing that I’ve learned about Tayshia since the show, she’s funny. I mean, she’s funny. She doesn’t think she makes me laugh, but I actually do. I laugh at her, and she just doesn’t know it.” Zac continued,  “She loves sweets. She’ll try and pawn that off on me, but she definitely loves sweets. And she really cares. She really cares about other people, and she feels things, like, tremendously. And that’s something that I really appreciate about her.” 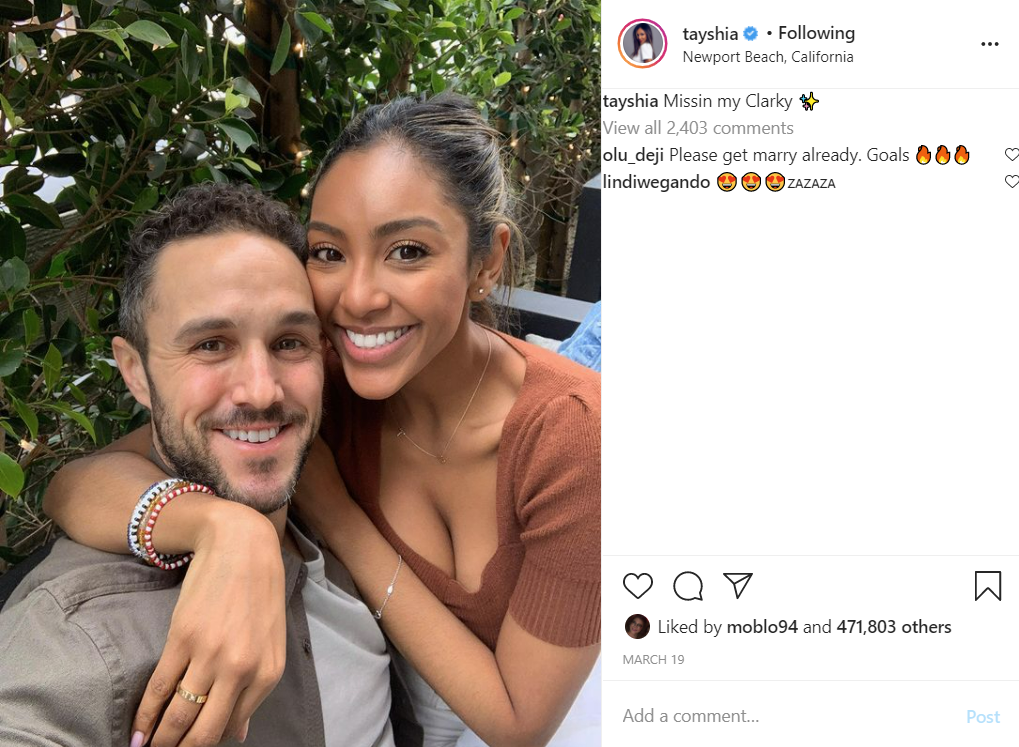 Are Zac and Tayshia ready to plan their wedding?

Zac and Tayshia are ready to move forward with their future together. There is no official wedding date set yet. However, Zac said they have started the wedding planning process. As for if fans will see it on television, probably not. Zac said, “I would say probably not, knowing us. I would say that’s probably a ‘No,’ but, hey, happy wife, happy life. So, whatever she wants I’m in.”

Stay tuned for more updates on Zac and Tayshia.