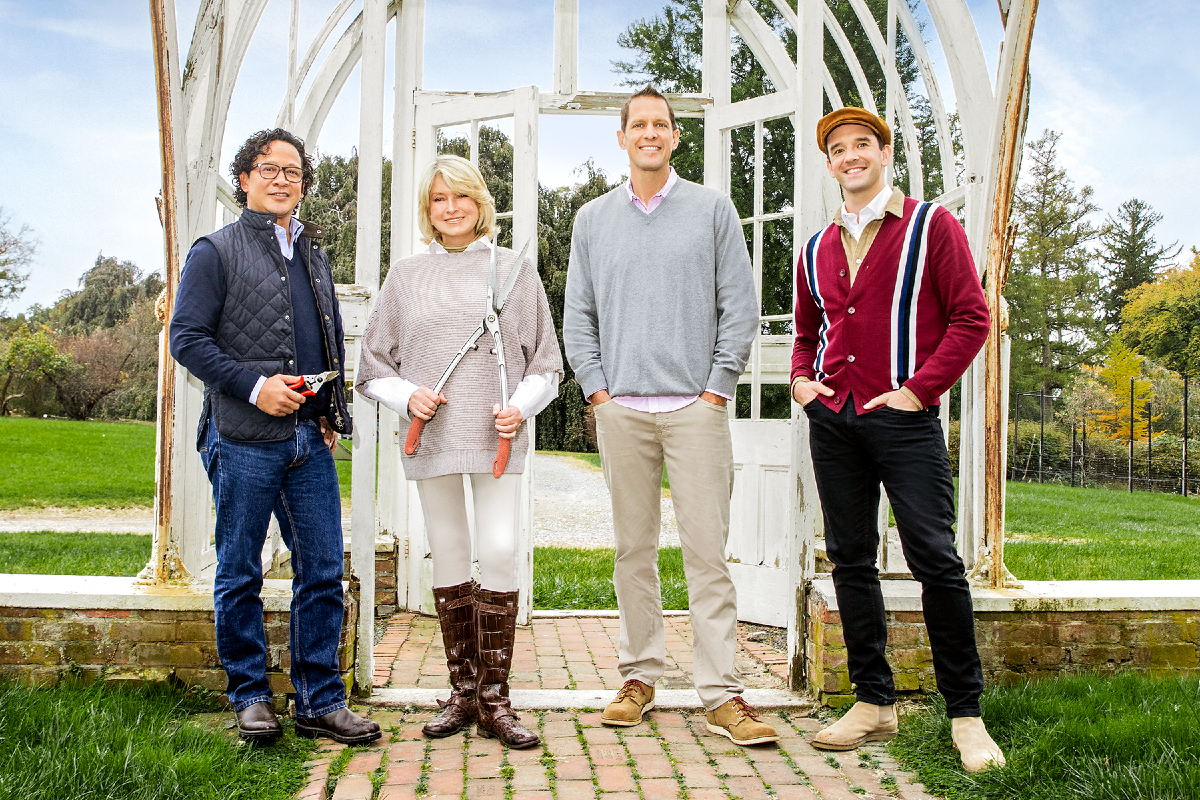 Clipped is the competition landscape show we have been waiting for.

“Bring me a shrubbery” may have been a rallying cry for the Knights of Ni in Monty Python, but now the tastemaker who hails from New Jersey—Martha Stewart— is heading up the esteemed judging panel for discovery+ new series Clipped, where topiary enthusiasts nip, clip and trim the bushes in a bid to win.

What is a topiary, some of you may wonder?  A topiary is a styled shrub for ornamental landscaping, groomed to resemble something else other than a bush.

About Clipped for discovery+ and HGTV

Gardening fans gather up as topiary competition is fierce, and the best of the best will compete as they meet the challenges given to them in this new landscaping reality TV series.

Viewers need to plant themselves in front of their tablets, smartphones, laptops, or television monitors on Wednesday, May 12, when discovery+ drops a special 90-minute premiere episode of ‘Clipped,’ the first competition series set in the spectacular world of topiary.

Edward Scissorhands was the inspiration?

The result? They design colorful, larger-than-life, living works of art.

Throughout the series, competitors will face high-stakes challenges and have their topiary masterpieces evaluated by lead judge and gardening icon Martha Stewart and an expert panel of judges…Each week they decide who makes the cut, who gets clipped, and, in the end, who is crowned as the top topiarist who wins $50,000 cash and bragging rights as the first-ever Clipped champion.

“It’s colorful, bold, playful, and it’s alive. It’s topiary—the art of transforming ordinary plants into extraordinary, living sculptures shapes and characters,” said host Michael Urie in a press statement to TV Shows Ace today. “And now, for the first time ever, seven top topiary artists are taking part in a competition like no other.”

“We’ve selected the best and brightest event designers, botanical designers and artists from around the country to wow fans in the ultimate topiary showdown,” said Bob Kirsh, vice president, programming and development, HGTV in the press release. “It’s remarkable to watch talented people transform plants and flowers with this incredibly creative art form.”

The competition is fierce as the competitors are ready to snip their hearts out in innovative landscape designs… or face elimination.

Each week the engineered challenges are designed to test the gardening prowess required for a Clipped champion.

During each challenge, contestants will work in the state-of-the-art topiary tent, fabrication area, and world-class nursery as they are presented with “over-the-top tasks.”

these include “sculpting enormous animals worthy of a large-scale museum exhibition and designing a living room with functional sod ‘furniture’ made entirely of plants.”

Check out the preview here:

discovery+ is a non-fiction, real-life subscription streaming service. discovery+ features a landmark partnership with Verizon that gives their customers select plans up to 12 months of discovery+ on Verizon.