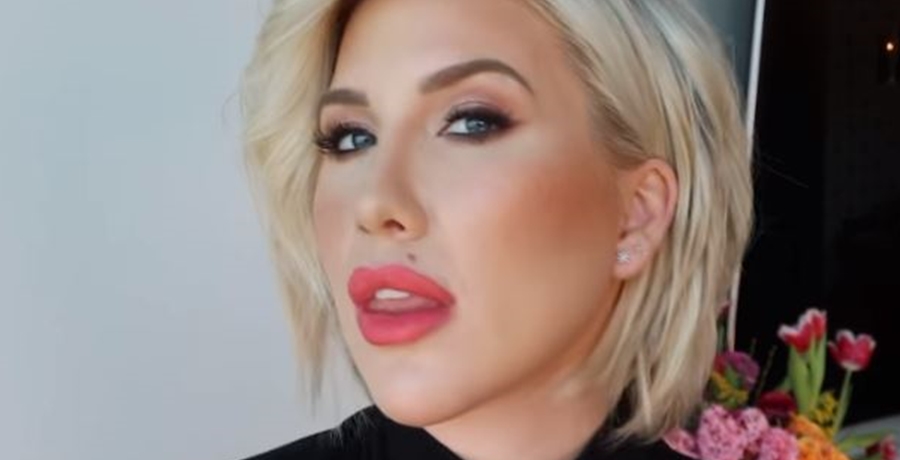 Chrisley Knows Best star Savannah posts a lot of promos for her cosmetics company.  Then sometimes, she shocks people with very alluring photos. On family birthdays, the USA Network star always remembers to post her best wishes and she remembered her dad this year. But on April 10, she shared a post that really praised her dad. Sharing it to Facebook, a lot of her fans expressed their pain and sorrow as their dads passed away.

On April 9, we reported that Savanna stepped in for her dad as he felt sick. He didn’t feel up to it, so she told fans that she joined mom on their Chrisley Confessions podcast. Julie seemed very grateful that her daughter just set everything aside and filled her dad’s shoes when she needed her. She praised her saying, “she will just jump in there and do what needs to be done.” Of course, fans also hoped that her dad gets better soon. After all, millions of people adore him.

A few days later, the Chrisley Knows Best star shared a post and wrote such a lovely message that it made people cry. Perhaps she spent time with her dad as he felt a bit unwell. In fact, in her post, she said that she “watched” Todd. Somehow, all her feeling of love for him welled up inside her. In the post, Savannah said that he’s the best dad a daughter could want. He taught her so much about love. And he helped her reach for her ambitions. He’s always been by her side, she claimed, and never let her down. Accompanying the message, she shared a photo of them walking outdoors.

The Blast noticed that Savannah often plans her photos for social media. When she doesn’t, she sometimes shocks the socks off people. The Chrisley Knows Best star flaunted her “flawless hips and trim waist in a bathroom selfie from the doctor.” However, the unplanned photo of her dad, taken from behind,  revealed she walked next to him with her hand on his shoulder. In the comments, hundreds of people who lost their dad expressed their sorrow. They urged Savannah to cherish every moment with Todd.

One Chrisley Knows Best fan commented, “Cherish every moment you have with him. I lost my dad unexpectedly right after Christmas while 7 months pregnant. I miss him so much it’s been the absolute worse pain I’ve ever gone through. Tuesday will be my first birthday without him.

A lot of similar comments went in and other fans reached out and supported each other. They all felt the pain that the others experienced. In a way, the post really acted as a therapy session where fans could share their own feelings.

What are your thoughts on how one post praising her dad by Chrisley Knows Best star brought out so much compassion for others amongst her fans? Sound off your thoughts in the comments below.

Lindsie Chrisley Wishes She Was Making Out With What?
How Did Josh Duggar Keep His Dirty Secret From Wife?
Tori Roloff’s House Turned Into A Legit Flower Shop
‘Seeking Sister Wife’ Season 3 Episode 7 Recap: May 3
Discovery and Georgia Aquarium Partnership Adds Aquatic Content And Conservation Awareness