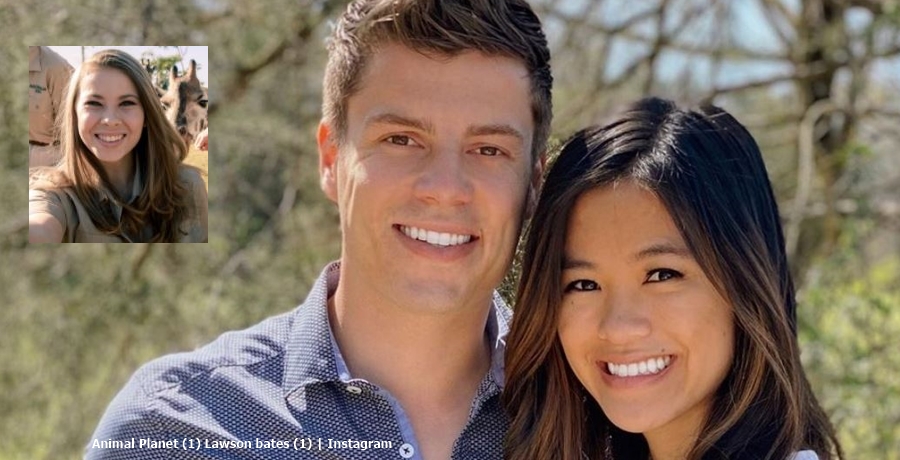 Tiffany Espensen and Bindi Irwin are friends and on her Instagram, a post reveals that Bindi once thanked her for her friendship. Well, they both share a career in front of cameras, but will Tiffany ever end up with as many animals as Bindi? Lawson Bates’ girlfriend certainty seems passionate about them. When she and Lawson visited a farm this weekend, she begged him for a cute little piglet. Did she get her way?

Tiffany Espensen and Bindi Irwin are friends – will Lawson get her lots of animals?

When Bringing Up Bates star Lawson started dating Tiffany, interest in the young actress rocked. Soon, articles explaining more about her emerged across the media and now, she and Lawson look very happy together. We reported in February that shes’ close to Bindi Irwin from Crikey! It’s the Irwins. The daughter of the late Steve Irwin, she and her brother continued his work with conservation and the zoo in Australia. So, we’re guessing if you want Bindi as a friend, it’s best you love animals.

On April 11, Tiffany Espensen and her boyfriend Lawson went with a bunch of kids to some sort of petting farm. There,  discovering the cutest piglet, she begged him if they could get one. Well, Lawson told her seriously, “you cannot have a pig.” Awww! Well, we also wondered if she’d twist him around her little finger. Now, looking at another post by Lawson, it seems that she probably did. In fact, it looks like they possibly ended up with two of them.

Could this be the start of a whole heap of animals like Bindi and Robert Irwin?

So much for saying no! From the newest post by Lawson, it looks like Tiffany Espensen got her way with the pig. In fact, with two pigs! Lawson shared two photos of the piglets, one of them pink with black markings, and the other one plain pink. Both of them smiled as they each held one of the cute little animals. In his caption, Lawson said, “Welcome to the country life, @tiffypics 🤠 ❤️ 🐷 What should we name them?!” Naturally, plenty of people suggested names like “Peggy and piglet,” and  “Wilbur and Bacon.”

Looking at the way loving animals like her friend Bindi Irwin rubbed off on Tiffany Espensen, maybe she’s not cut out for bacon from the backyard. More than likely, two pigs become eight, or twenty, or fifty. Anyway, clearly, she loves animals, so maybe she finds more adorable animals like baby goats. They could also multiply into herds of cute animals rushing to her for tidbits and love. Once people get a few animals, it easy to just add a few more, after all. Perhaps Lawson should be asking if he’s cut out for zoo life?

Bringing Up Bates fans know that the UP TV star grew up enjoying the ranch and carrying out farm chores. So, with a girlfriend who loves animals and a friend like Bindi, he might end up running an animal rescue farm for Tiffany Espensen one day. What do you think? Sound off in the comments below.