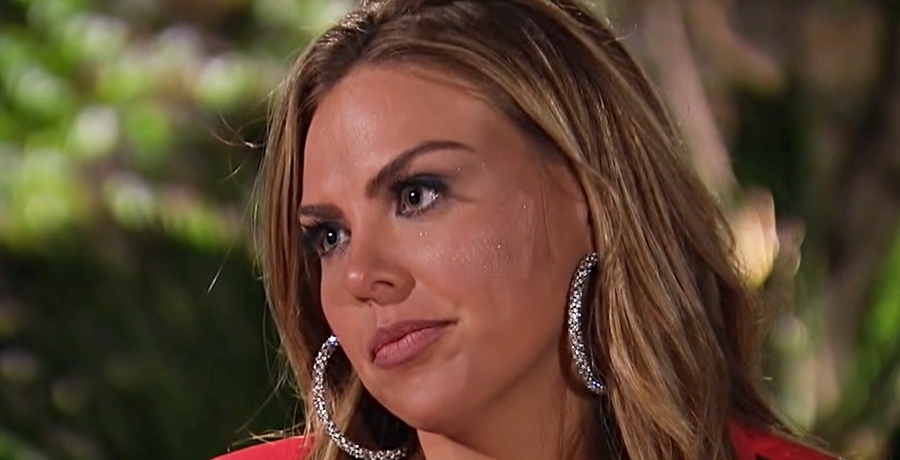 Everyone knows Hannah Brown isn’t shy. She famously revealed how many times she and Peter Weber were together in a windmill. Hannah talked to Korie and Sadie Robertson on their Facebook series, At Home With The Robertsons about body image.  The show features the Duck Dynasty family interviewing celebrities at their house. Usually, patriarch Willie will also join the conversations.

Hannah shared she’d done a lot over the years to try and maintain a certain body type. Her struggles with body image have affected her negatively for a while. Hannah started doing pageants at the age of fifteen. Eventually, she competed in Miss Alabama 2013, but she didn’t place. It was at that time she met Caelynn Miller-Keyes before they would compete for Colton Underwood’s heart.

How Did Her Body Dysmorphia Start?

Hannah Brown said she has a director from a pageant send a picture of a woman and suggest she looked like that in her swimsuit. Brown was given a deadline to look like that according to People. Hannah said, “it killed me, it really did. I would go a year without eating carbs.”

She went on to say that interaction really messed with her. Brown said that wasn’t the beginning of her body image issues. She said, “I remembered I was hungry. I was so, so hungry.” Fans gave her kudos for sharing the struggles she went through. A lot of fans have criticized the fact the franchise doesn’t bring in diverse body types.

What Did Hannah Brown Do To Her Body?

Hannah Brown said she went on an extreme diet where she only did liquids. She said there were a lot of yoyos which made it difficult for her. She said she literally starved herself. Brown said she had no self-worth during that time. In the clip, she said she told herself, “I’m like, ‘No, Hannah! Cut the crap and learn to have a healthy lifestyle and accept how your body is.”  It seems she has moved past those body hangups and gotten more comfortable with her body. She did fine-tune her figure while being a contestant on DWTS.

Brown said it continued into her time in the spotlight on The Bachelor and being the Bachelorette. She struggled to be around smaller than her. She had the same problem with Dancing with the Stars. Those fit women made it hard for her to be around them. Hannah credits herself with turning her perspective around. She said, “I needed to dig deep emotionally in who I want to be,” she added. “Thank goodness I’ve grown and changed and so has my body.” What do you think about the pressure Hannah was under to look a certain way? Comment with your thoughts below.