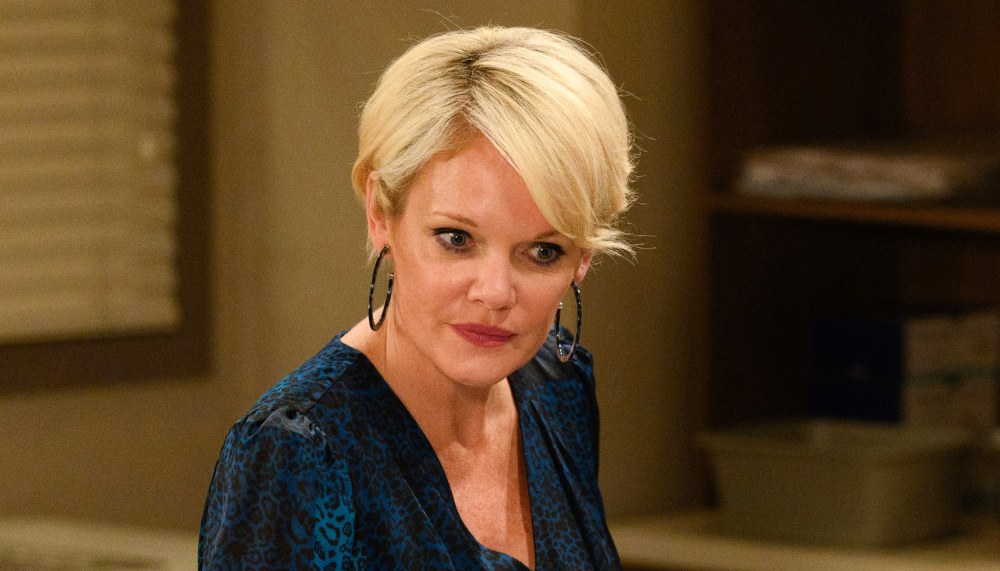 The April 9 episode of General Hospital brings difficult conversations among a number of Port Charles residents. Spoilers reveal that Peter will confront Anna and Valentin as he offers up a deal, but there’s plenty more on the way.

Ava Hopes For A Change In Direction From Nikolas

The General Hospital sneak peek for Friday teases that Nikolas and Ava will discuss their current situation. They both have had a tough week and it seems that now they’ll try to determine their respective next steps. Ava received another creepy package and she’s quite anxious about the potential for danger on the horizon. However, it seems a focus during this upcoming conversation will be related to Nikolas and his deal with Cyrus.

According to SheKnows Soaps, Ava will be anxious to change Nikolas’ mind. He will tell her that he’s willing to make a deal with the devil, and that’s almost certainly a reference to Cyrus. He determined that he had to do what it would take to keep Alexis safe at Pentonville, even if it meant helping Cyrus.

Ava will seemingly object to this plan. Unfortunately, it might be tough to change Nik’s mind on this. General Hospital spoilers detail that next week, Nikolas will take action. However, it’s too soon to know whether that will go as he hopes.

"I'm willing to make a deal with the Devil." #GH pic.twitter.com/gnKAXu3w5K

‘General Hospital’ Teasers Hint At Friction Between Scott And Laura

The preview for Friday also previews a chat between Laura and Scott. General Hospital spoilers note that Scott will surprise Laura with this unexpected visit. Laura will wonder what compelling reason Scott has for something, and he appears to be a bit uneasy as she asks this.

General Hospital spoilers indicate that the next show also features a visit between Carly and Jason. She’ll tell him once again that she’s determined to see him released from jail. She’s certainly working on making it happen, but Jason may not be terribly thrilled with her tactics.

Chase and Finn will prepare for a family dinner, which is virtually guaranteed to be awkward. Finn will hope that he can get some insight from Elizabeth, hoping things get easier. Elsewhere, Chase will talk with Gregory about potential second thoughts.

Friday’s episode also brings some father-and-daughter time for Jax and Josslyn. She was quite disappointed to be waitlisted for her dream college, and it seems she’ll open up to her dad about it. She’ll note that she’s going to prove she belongs “there,” and this sounds as if she’s strategizing about how to get a full acceptance rather than remain waitlisted.

There seems to be something for everyone with the April 9 episode of General Hospital, and spoilers tease there are plenty of juicy developments on the horizon.

Separation Over, Isabel & Jacob Roloff Back Together
Why Kim Kardashian Claims She Is Moving Out Of Her $60M Mansion
Khloe Kardashian Serves Marilyn Monroe Vibes In New Sultry Photo
J. Lo Assassin Action-Thriller ‘The Mother’ on Netflix: What We Know So Far
Savannah Chrisley Secures Her Back-Up Baby Daddy: Who Is He?