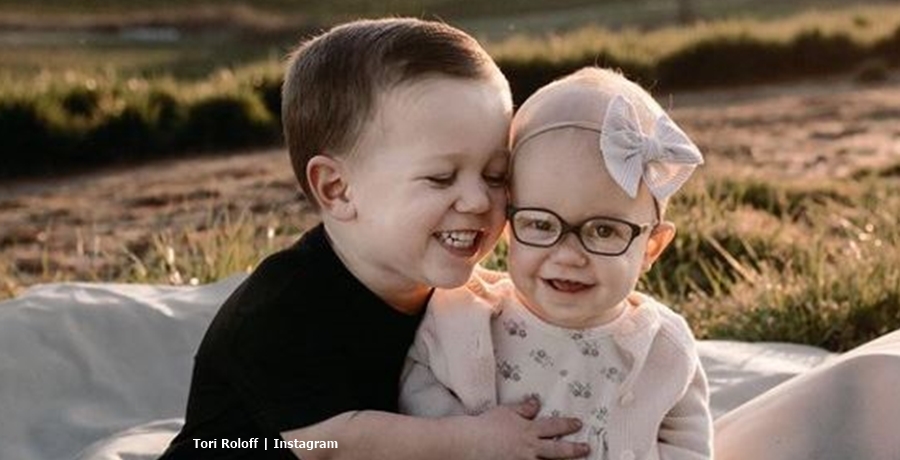 Tori Roloff of LPBW posted up a photo of the kids on Wednesday and one fan asked a question others might think is inappropriate. Little People, Big World fans come in all ages, genders, and maturity levels. So sometimes, odd questions roll in for Zach and Tori. Actually, while some of them might sound silly, a lot of young people follow the popular couple on social media. When a  fan asked a question that most fans simply wouldn’t dare ask, we checked it out. After all, others with a bit more hesitancy might wonder about it as well.

In January last year, Tori talked about her baby, Lilah. We reported that she confirmed her second child was a little person. Like her dad, Zach, and her brother Jackson, Lilah was born with achondroplasia. Not as severe medical complications come for that type of condition. At least, not as many as Matt Roloff deals with from his diastrophic dysplasia. However, kids born with it might face some problems and challenges.

People Magazine reported that for a bit, Tori Roloff on LPBW stressed about Lilah. She feared her daughter might have hydrocephalus. The condition causes a build-up of fluids within the cavities of the brain. In fact, Lilah’s dad Zach had it when he was young. Sometimes, it causes damage in the brain but treated quickly enough, kids go on and live a normal lifespan. Well, it turned out that the couple could set their fears aside, as Lilah didn’t get the illness. Maybe thinking about that incident, a fan asked a question that others might not dare ask a mom.

Tori Roloff of LPBW shared some really adorable photos of Lilah and Jackson on April 7. Plenty of fans said they adored the photos, and others gushed over the cute kids. In fact, many Little People Big World fans congratulated Tori for being such a great mom. However, one TLC fan asked a question about Lilah that Tori didn’t answer. It read: “Is she okay she’s adorable but her heads so large 😢.” Inappropriate or not, other fans probably also notice that Lilah’s head looks a bit big. However, fans really shouldn’t worry, according to Cedars Sinai.

Tori Roloff of LPBW might answer the question eventually, but the medical website probably explains why fans might think Lilah’s head looks a bit larger than most babies. Their website explains, “[achondroplasia] causes a series of signs, such as short arms and legs and a large head.” Of course, as little people look smaller than most children, sometimes, their head looks a bit big for their body. However, usually, when their upper torso grows and they fill out, it becomes less noticeable. Sometimes, even average-sized kids go through that.

Clearly, Tori Roloff of LPBW received an honest question, rather than a trolling attempt. After all, the fan asked politely and with a compliment. Most fans probably wouldn’t dare ask that. However, if you wondered, now you know. Anyway, when Lilah’s hair grows out, you probably won’t really notice much about her head except for her huge smile.