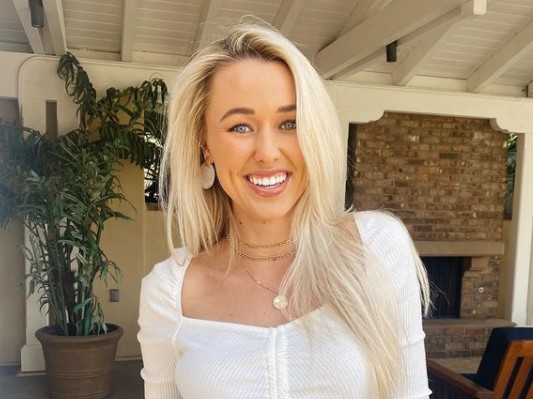 All the drama surrounding Matt James’ season of The Bachelor led fans to believe he was perhaps dating Heather Martin post-show. Fans started rumors about these two. They seemed to be popping up in places very close in proximity. Plus, the two shared Hannah Brown as a mutual friend. It made perfect sense for Matt and Heather to possibly start things up after the show ended. It especially made sense since Matt and Rachael Kirkconnell had gone separate ways. However, nobody knew for sure, until now. Heather is speaking out and setting the record straight on whether she is or isn’t dating Matt.

E! News shared what Heather Martin had to say about the rumors she’s dating Matt. The rumors started when she and Matt both posted on social media from San Clemente, California. Then, Heather was cut from the Women Tell All special for no known reason. So, are they dating?

When asked on the Almost Famous Podcast Heather explained the San Clemente social media posts. She said, “I mean, San Clemente is like 30 minutes from me. My best girlfriend lives there. So, I’m in San Clemente all the time. I guess he was there, too.” 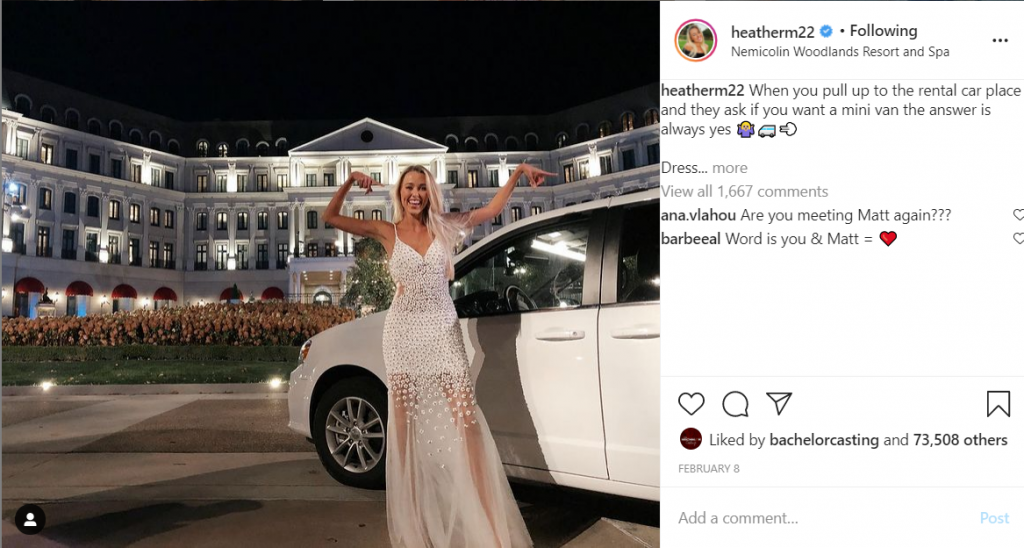 Why was Heather cut from the Women Tell All special?

Heather also says she holds no hard feelings towards the other women on Matt James’ season of The Bachelor. She understands why they would have been upset about her showing up so late in the process. She said, “I have no, like, bad feelings about the girls now.” I understood where they were coming from, and, like, I understood they were frustrated…I was really sad and shocked about the reaction. But no, I have no ill will towards the girls or any, like, negative feelings. I understood it.”

Those who were hoping to see Heather in the upcoming season of Bachelor in Paradise are also in for a rude awakening. Heather said she doesn’t think that is the right show for her for many reasons.

What do you think about Heather revealing she isn’t dating Matt? Were you hoping they were together?