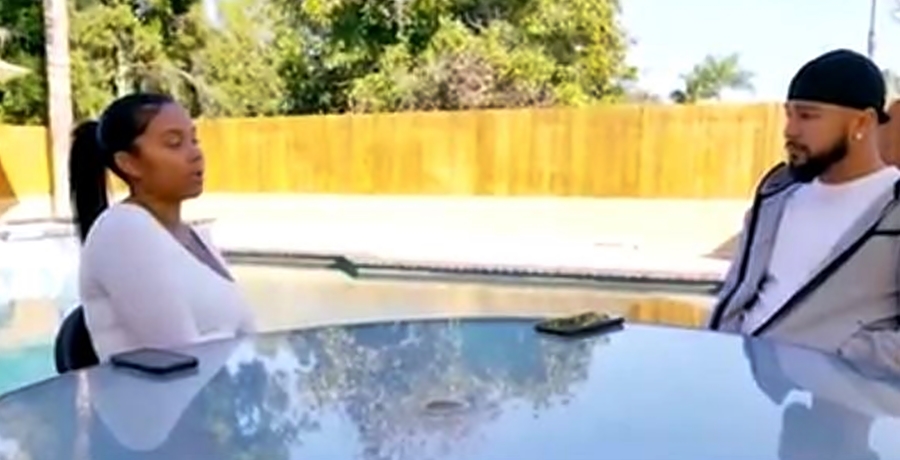 Teen Mom Cheyenne Floyd pregnancy rumors arose towards the end of 2020. Of course, what keen-eyed OG fans suspected came true and in the upcoming episode, they hear more about her unborn baby. Actually, it seems like a tense episode as she stresses a lot. She and Zach need special genetic testing. Bear in mind, her daughter Ryder faces a lot of difficulties as she suffers from VLCAD deficiency.

Like most MTV stars, rumors arose about pregnancy because of one simple action. She folded her hands over her belly for a social media photo. Actually, some fans think that they might as well just make the announcement. After all, usually, rumors of pregnancy soon become confirmed. Well, every fan of the OG now knows that she expects a baby by her on and off again guy, Zach Davis. But, like half-sister Ryder, will the baby end up with the same genetic problems?

Recall, Teen Mom star Cheyenne Floyd arrived late on the franchise, in Season 7. Her baby daddy, Corey Wharton stepped up and helped father this daughter, Ryder.  However, that didn’t last and she moved on with Zach. These days, fans see that her relationship with Zach seems a bit more permanent. So, they look forward to their baby together. However, a slim possibility exists that the same genetic condition might affect their unborn child.  Distratcify reminds fans that Ryder has a condition that seems quite rare. In fact, because of that Cheyenne set up the “non-profit Rage Regardless Ry.” So, she helps others who deal with metabolic problems.

Facing her fears, Zach comforts her

Teen Mom previews for Cheyenne show that she really starts stressing about the new baby. The Sun UK noted that the pregnant mom gets a bit tearful as Zach needs genetic testing. So, she says to him that she feels bad he’s “thrown into this situation.” However, he seems more concerned for her and hopes she thinks more positive things about the upcoming “gender reveal.” The chances that the new baby arrives with VLCAD deficiency seem slim. However, until the testing’s done, she can’t relax.

The condition stands a rare chance of reappearing in the new baby. Teen Mom star Cheyenne explained that Ryder is one of only 25% of kids who might get it. Explaining, it to Zach, Cheyenne says that if he doesn’t carry the responsible gene, then only a small chance might present itself. However, if he tests positive, then like Ryder, it’s a very real possibility. He feels it’s beyond his control, so stressing just makes things worse. Clearly, Zach hopes for a healthy baby, but he can’t change the outcome through stress and worry.

Teen Mom star Cheyenne knows that VLCAD deficiency might cause low blood sugar, muscle weakness, and potential liver damage. It means the body can’t metabolize fat correctly. No, it’s no wonder that she stresses about her unborn child. Hopefully, as the MTV show progresses, fans see a positive outcome her their baby.

Come back to TV Shows Ace for more news on Teen Mom.