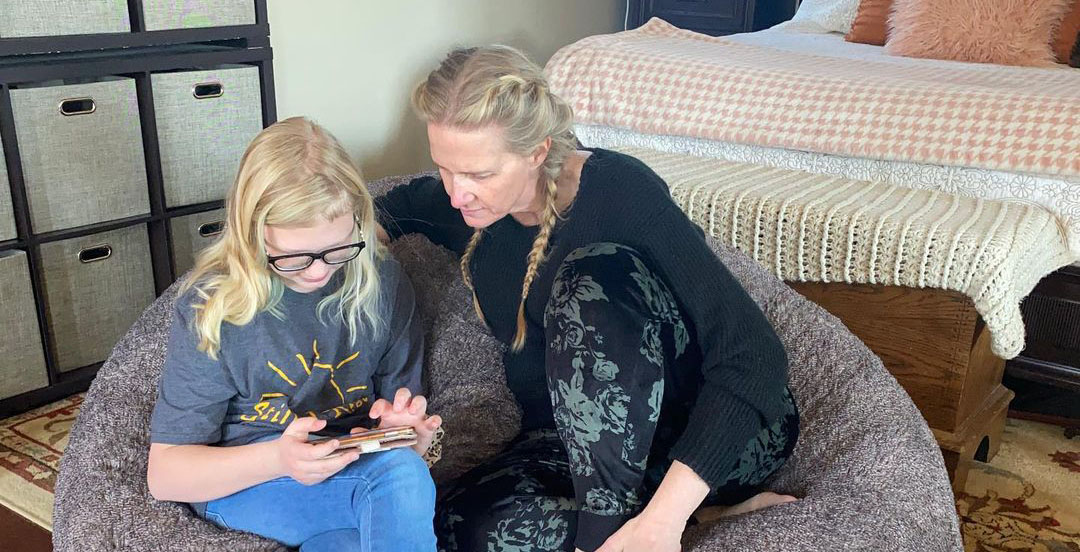 Sister Wives Christine Brown recently sat down with US Weekly Correspondent Christina Garibaldi. The pair discusses what it’s like to watch yourself on television and what it was like for Christine and her family during quarantine. Which is a breath of fresh air considering oftentimes these interviews turn straight to talking about the drama between Kody and Meri Brown. Christine does talk about how often she sees Kody. Ultimately, it seems like Christine chooses her kids over Kody. Keep reading to find out more.

When Garibaldi asks about Kody’s visitation schedule at her house, Christine seems like she’s thrown for a loop. Christine goes on to share that she’s not sure about how much she can talk about it. That’s because she thinks it happens later in the year. Without a doubt, it is difficult to remember the episodes.

Initially, Garibaldi brings up that in her interview with second wife, Janelle that it was about a five-week separation before she and Kody were reunited. Christine goes on to say, “Same. It was about six weeks.”

Ultimately, it seems that Christine chose her kids over spending time with Kody. She shares that she has kids out of town that she would go visit. Additionally, she says she knew that when she got back, she would have to quarantine. She knew that “what it meant when we got back, we would have to quarantine.” Christine Brown seems very confident in the choices she made at the height of the COVID-19 pandemic. She says, “That’s a choice I was willing to make.”

Heartwarmingly, Christine says that she “had to make sure her kids were okay.” She goes on to finalize that decision by saying, “I just had to choose my kids.” She even says, “Kody will be fine. He’s a big boy. He’s alright.” Rationalizing, Christine says, “It’s just important for me to spend time with my kids too.”

However, she acknowledges that it was a tough decision to make.  Seemingly, she doesn’t have any regrets about how she handled things at the beginning of quarantine. Sister Wives Christine Brown says, “I’m glad we did what we did.” Even with how difficult of a situation that it was, Christine shares that they were able to make “great memories” and they were “so, so careful.”

How do you feel about Christine Brown choosing her kids over Kody? Share your thoughts in the comment section below. Come back to TV Shows Ace for more Sister Wives news.