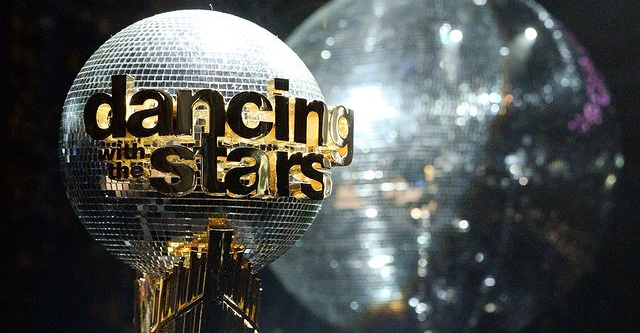 In case you didn’t hear the news, ABC recently renewed Dancing With The Stars for Season 30. This fall, you can expect to see your favorite judges and dancers back in the ballroom competing for the Mirrorball Trophy. We don’t yet know which pro dancers are returning, but Gleb Savchenko and Sharna Burgess hope to make that coveted cast list. They recently sat down with ET to discuss the possibility of appearing in DWTS Season 30 this fall.

What can we expect to see from DWTS Season 30 this fall?

Gleb and Sharna recently attended Cassie Scerbo’s 30th birthday bash, which doubled as a fundraiser for her Boo2Bullying campaign. Here, ET got the chance to discuss DWTS Season 30 and what the dancers want to see this year.

Sharna felt the same but remained hopeful that she would come back. After winning Season 27, Dancing With The Stars inexplicably dropped her from the lineup in Season 28. They did ask her back for Season 29, however.

“I don’t know, and I don’t want to count any chickens before they hatch,” Sharna confessed. “But I would love to be back. They are my family. I loved being back last season, it felt so good coming home.”

“I love that they’re trying new things and a new direction, and the fact that we’ve made it to season 30 is just so cool,” she went on to say. “To think how long I’ve been with the show now for, it’s just gone in the blink of an eye. So, the more I can get of it, the more I’ll take. Because it won’t be forever.”

Be prepared to welcome back some familiar faces to the ballroom

It could be quite sometime before the pro dancer cast list comes out, but you can expect to see some of your favorite judges back this year. Len Goodman will also return for Season 30 after sitting out Season 29 due to the pandemic.

“I love Len! And I think we missed Len,” Sharna excitedly told ET. “I don’t think he takes away from anyone else that we have on the panel. He is his own thing, he’s ‘Grumpy Old Len!’ He’s that stickler for technique, he keeps you in line, you know what to expect from him, always. If you want a ’10 from Len’ you know what you gotta do.”

Derek Hough replaced Len Goodman in Dancing With The Stars Season 29 and many rumors circulated that it could be a permanent replacement. But it seems like there is room for everyone at the judges’ table. Derek also confirmed he will return for DWTS Season 30.

Are you excited to tune in to DWTS Season 30? Be sure to let us know what you think in the comments. Who would you love to see compete this year? We want to hear from you!