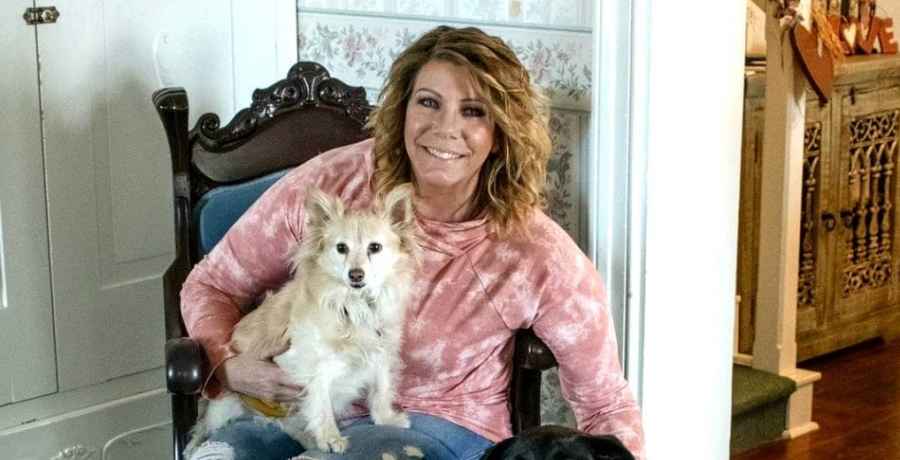 Sister Wives star Meri Brown is going through a rough patch right now. Not only is her marriage to Kody Brown on the rocks, but she has also recently lost her dear mother, Bonnie. Now, a close friend of Robyn Brown has opened up about Meri’s distance from Kody and the family. In fact, Kendra Pollard-Parra says no one in the family is close to Kody’s first wife.

No one is close to Sister Wives star Meri Brown

While Meri, 50, has said she hasn’t given up on her marriage to Kody, 52, she lives in a separate world from the rest of the Brown family. Kendra Pollard-Parra, a close friend of Robyn, opened up about Kody’s first wife, saying that no one is close to her. Moreover, Kendra told Us Weekly that the only reason fans are seeing Meri is that she is on a contract with TLC.

Kendra continued, saying Meri has been “out of the picture” and no one is close to her. “Meri has her own world, her own circle of friends,” said the family friend. However, Kendra says she doesn’t even live by the moral code of her faith. She said Meri is very open and honest about it and doesn’t hide it. “There’s no secrets out there. She doesn’t care. She’s an open book,” she added.

Despite all the drama on the TLC reality show, including the current storyline in the COVID-19 pandemic, Meri hasn’t given up on her marriage to Kody. Kendra said the only thing she is hanging onto is the fact she loves Kody. She added that Meri hopes they may, at some point, have something others in the family don’t have. However, Kendra said that the relationship is “long-dead” and that Meri created that for herself.”

Robyn’s BFF confirmed that Kody and Meri no longer have much contact with each other. She said they only see each other for filming purposes, or maybe a holiday. In fact, Kendra said over the past year, there has been no relationship at all. Kody doesn’t trust Meri and doesn’t want to be in a relationship with her.

Meri’s Sister Wives standing is her own fault

According to Kendra, Meri’s current standing with the rest of the family is her own fault. She said she has witnessed her behavior “in person.” Kendra spoke of Meri’s “moodiness and hatefulness,” but also a ‘deep-rooted jealousy.’ She said the first Brown wife has no accountability for that.

According to Robyn’s friend, Meri allows herself to be put on a pedestal. Meanwhile, everyone thinks “poor Meri.” However, she said people don’t pay attention to how Meri treats people, because the TLC show doesn’t reveal it all. Kendra implied that Meri doesn’t let certain things be filmed. In fact, she said Meri will say things like, “Sorry, I’m not doing that,” which makes things harder for the whole family.

Sister Wives airs on Sundays at 10 pm ET on TLC.