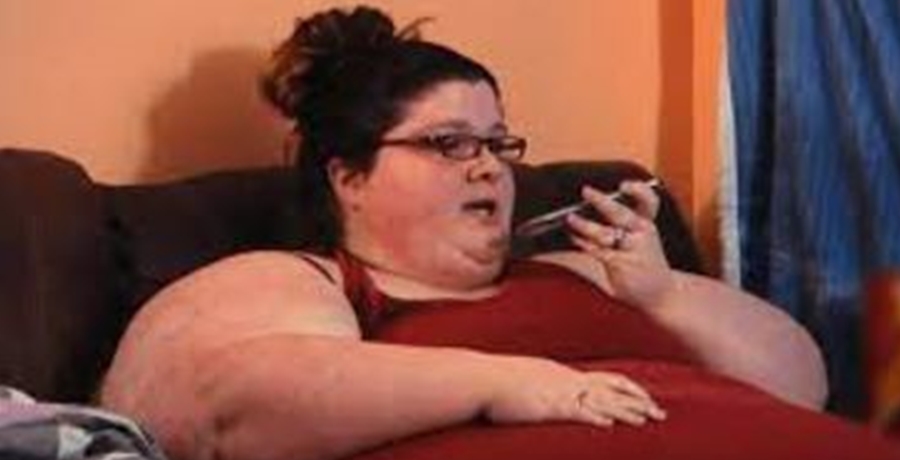 My 600-Lb Life Gina Krasely featured back in Season 8 on TLC. Fans felt a bit sorry for her initially, as she struggled with shedding her weight. She maintained that weight loss never came easy. Aware of her morbid obesity, Gina seemed fully addicted to food and ate enormous portions. Mind you she later claimed the Megalomedia crew encouraged her for more drama. Fans hated that she failed in her quest for gastric surgery. So, where is she now? Did she shed some weight since fans last saw her?

Fans love it when Dr. Now’s patients really make an effort with their diet and exercise plan. However, irritation grew as Gina simply kept shoveling food down. Actually, all she needed was to say she needed food. Then, someone in the family delivered. So, probably, they helped enable her struggles. While her story seemed rather sad, opinions turned against her as she only lost 51 pounds. Additionally, when she finally weighed in for her gastric surgery, she’d piled it back on again.

Well, My 600-LB Life star Gina can’t work with Dr. Now anymore. Along with many other stars, she joined in and filed a lawsuit against Megalomedia. One thing that she claimed, is that the production crew encouraged her to eat. So, she looked worse than she really was. However, fans might recall that her obvious failure with her targets suggests otherwise. For now, fans await the outcome of the lawsuits. Criticism sky-rocketed from fans when they heard she starred in adult movies. However, that’s not keeping her off social media.

My 600-LB Life star Gina Krasely seems to enjoy TikTok. Over there she found over 200K followers. Additionally, she also scored over a million likes for her clips. Starcasm noted that her latest update came on a rather unfortunate day. So, it’s not clear if she really lost the weight that she claims. After all, she posted up on April 1 – April Fool’s Day. In her clip, she revealed the scale zeroed properly. Next, she stood on it and it read 379 pounds. Well, if that’s the case, then it looks like she lost over 200 pounds.

While there’s a possibility that My 600-LB Life star Gina joked around, she clearly lost some weight since her last episode. Other videos revealed her when she turned 30 years old. As you can see in the screenshots below, she looks way slimmer than when fans saw her on the TLC show. Naturally, loyal fans really hope that she lost the weight she claims. After all, they all believed that one day, she’d eat herself to death. And nobody wants that.

What are your thoughts on the TikTok post by My 600-LB Life Gina? Do you agree that she looks way slimmer than when she last appeared on the TLC show? Sound off in the comments below.

‘The Bachelorette’ 2021: Who Got Katie Thurston’s First Impression Rose?
‘Days of Our Lives’ Spoilers: Charlie’s Killer Revealed
The Duggar Family Might Be Hiding Another Engagement Or Two
Exclusive: Maria Hinojosa Learns of Noted Spanish Ancestor on ‘Finding Your Roots’ for PBS
Hannah Brown Talked About Living Up To Impossible Standards Of Pageant Life