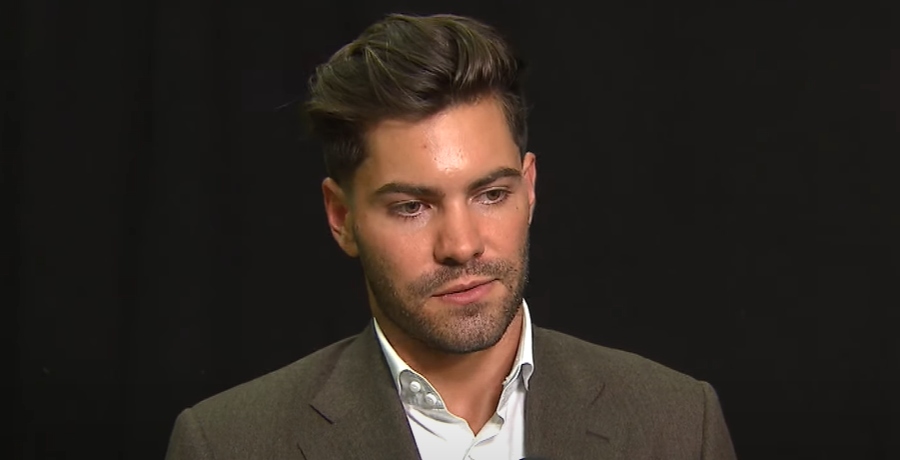 Dylan Barbour and Hannah Godwin had a bit of a rocky start on Bachelor in Paradise. They were the will they/won’t they couple for a bit as she entertained the attention of Blake Horstmann. In the end, love prevailed. The two were happy to leave the beach together engaged.

Godwin and Barbour were engaged in the summer of 2019. They’re coming up on the second anniversary of that engagement. Despite having to postpone their wedding because of Corona, they’ve remained dedicated to each other. The two enjoyed a long-distance relationship traveling often to see each other.

Dylan had Bachelor nation’s hair standing on end with an announcement today on his Instagram. The rollercoaster of a post went from thanking fans who supported their relationship to how many times they’d watched Love Actually together. He included the following picture of the two of them with the post.

Dylan Barbour started his post out with, “these things are never easy to write.” Already fans sat on the edge of their seat as they continued reading. Dylan said they appreciated all the love and support fans had given them. He said, “so it felt right to share what’s next for the both of us.” Nothing surprises the fans anymore with so many couples splitting up.

Again, fans were concerned, this post was long and looked important. He continued to speak about love, then he said, “it also makes you realize when it’s time to make a change, and today is that day.”  Ending the post he revealed what that change was going to be. “With that said, Hannah and I have decided to stop eating gluten for the rest of the year. It was a tough decision.”

Fans Shared Their Displeasure With The Joke

Dylan Barbour continued saying it would not be easy because they loved blueberry muffins. He said ultimately he thinks it will be better for them and their family in the long run. Fans let the reality star know, he almost gave them a heart attack. One said, “when I tell you my heart stopped.” Another said, “I very much did not appreciate this.” A third said, “Holy **** I never knew how invested I was in your relationship.”

Fellow Bachelor nation stars also shared their stress level going up. Jed Wyatt said, “my heart dropped a lil bit.”  Some fans also took his better for their family comment to heart wondering if they are trying for a baby! They’ve not said so, but anything is possible. Bachelor fans love to sleuth and read into comments their favorites make.

What do you think about Dylan’s prank? Did your heart stop for a second too? Did you find it funny or too cruel? Comment with your thoughts below.