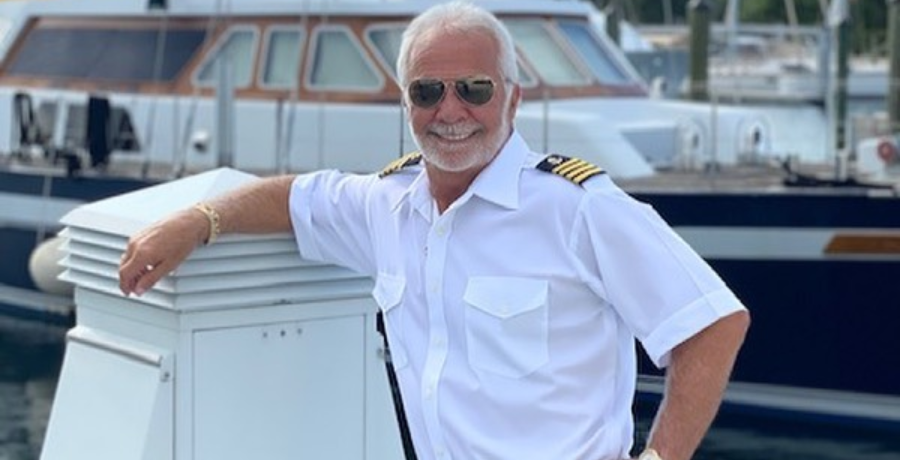 Captain Lee Rosbach has been part of Below Deck from its inception. Unlike most crew members, he never auditioned or applied to be on the show. The longtime captain revealed how he became part of the popular Bravo franchise. He even described himself as a reluctant crew member because he never intended to be part of the reality series.

During Season 1 of the show, producers were trying to figure out how the show would play out. They asked Lee to be the show’s captain. His initial job was to simply drop off the boat. Lee had no idea that he would still be on there to this day.

Producers asked the “old guy” to join the show

Captain Lee spoke to Boat International about how he joined Below Deck. Ever since Season 1, he became a fan-favorite. Lee became known for his cool demeanor and crazy one-liners. Bravo even called him the “Stud of the Sea.” Lee talked about the time when his life changed and he appeared on the show.

“I didn’t apply for the job. I didn’t even audition,” he told the publication on Friday, March 26.

The yacht’s owner gave Lee an important mission. Little did Lee know, this would lead to an opportunity on the little-known reality series.

“He said there’s a TV network that wants to charter the boat for eight weeks […] they’ve got their own captain and crew and all you need to do is drop the boat off in St. Maarten,” Lee explained.

But when Bravo producers first met Lee, they changed their minds. They dropped the original captain and chose him instead.

“Somebody said, ‘why don’t we use the old guy?'” Lee continued.

However, Lee was reluctant to join a reality show. It wasn’t something he planned on doing with his life.

“We didn’t know whether the show was going to be a hit or a one and done,” Lee said. “We had no clue. But after that first season, it just took off like a rocket.”

Captain Lee did not want to be on Below Deck

Lee was only told that he would drop off the boat. He didn’t expect to be part of Season 1 of Below Deck. Lee was not happy when he heard that the producers changed their minds.

Lee calls it an “accident.” First officer Aleks Taldykin was also considered for the position, but producers stuck with Lee. He was a “last-minute” casting decision. Former chief stew Adrienne Gang previously revealed that she was involved in pitching the footage for Bravo and then the rest was history.

TLC’s Whitney Way Thore Clams Up Over The Past Month
‘The Bachelorette’ 2021: Who Got Katie Thurston’s First Impression Rose?
Savannah Chrisley Has A Dump On Her Instagram
‘Sister Wives:’ Janelle & Robyn Open Up On Kody’s Bleak Outlook On Polygamy
Should ‘Sister Wives’ Meri Brown Audition For ‘Seeking Sister Wife’?