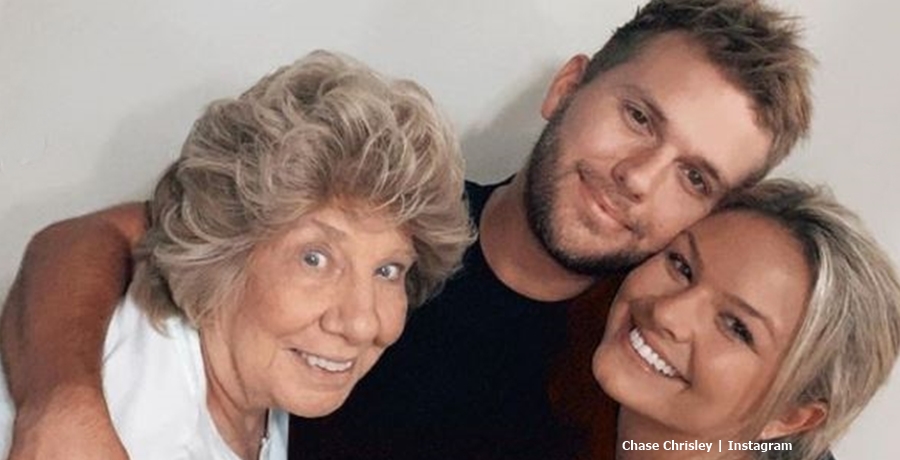 Emmy Medders’ birthday wishes for an older man in her life intrigued Chrisley Knows Best fans. USA Network fans nurture a growing interest in her since rumors arose that she and Chase might be engaged already. Rumors first arose in February, after Chase’s brother, Kyle became engaged. Well, whether Todd and Julie allow an engagement, remains a bit up in the air. However, someone special in her life might be very happy if it all happens.

Chase Chrisley’s new girlfriend, Emmy seems really nice, fans agree. And so far, Todd and Julie Chrisley didn’t say anything nasty about her. Recall, fans agree that Todd clearly didn’t like his son’s previous girlfriend, Brooke Noury all that much. Some of them blamed him for the split. We noted that Julie seemed easy enough with Chase dating Emmy, but she hoped they’d wait a bit before taking it to the next level. For her, the age of 30 seems best. She bases her reasoning on the fact that men don’t always mature emotionally until they reach that age.

Emmy Medders’ birthday post this weekend featured a really nice bunch of clips of an adorable older man. And fans wonder who it might be. After all, rumors of the engagement ramp up even more. That comes despite Chase and Emy getting into a fight. A Chrisley Knows Best preview revealed that Savannah spoke with her potential sister-in-law about it. Chase agreed, he finds it hard to say “sorry.” However, he eventually did that and a photo appeared from the show where he kissed her by way of apology. Fans immediately thought they became engaged as she sported a ring on the correct finger.

The happy-looking older guy in Emmy’s clips might smile his face off if he heard the news. But is he an immediate member of the family?

Who is the older man in the clips?

Unfortunately, Emmy Medders’ birthday wishes didn’t mention who he was. However, she did mention that he represents her “safe place.” Additionally, she said, “I love you more than life.” One fan said, “I am loving those dance moves! 😂.” And another one noted, ” I love how he continues to use the same dance move 😂.” But who is he? Well, it turns out that in her post, Chase Chrisley’s girlfriend tagged someone. That person is Michael Medders. So, it’s her dad.

In the comments section in Emmy Medders’ birthday post, he also said, “Love you my lil’ chabe @emmymedders ❤️❤️❤️.” Aww. Many Chrisley Knows Best fans agreed that he seems simply “adorable.”  Do you agree? Sound off your thoughts in the comments below.