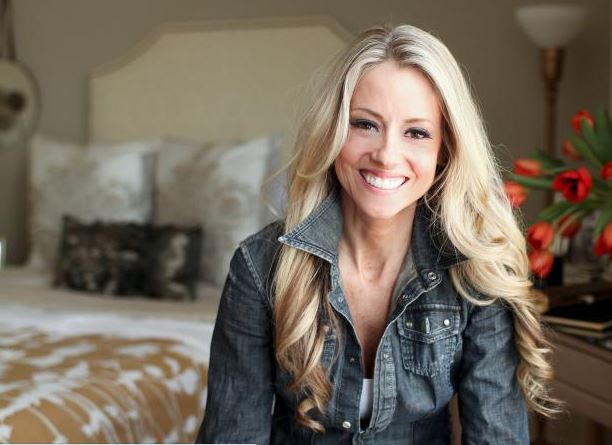 HGTV star Nicole Curtis is famous for being a petite powerhouse with a sledgehammer.  On her show, Rehab Addict Rescue, Nicole buys practically condemned properties in Michigan, mostly the Detroit area, and remodels them to turn a profit.

Her goal is to preserve the historically beautiful homes and return them to their former glory, homes in the Motor City where the great wealth from the US automotive industry created stunning manses that Detroit was famous for in the heyday of the last century.

But bad luck has struck as the AP reports that Curtis was a victim of a scam, someone who sold her property they apparently or allegedly had no right to sell in the first place.

The star of HGTV’s Rehab Addict Rescue purchased a run-down Detroit home from someone who wasn’t the owner, the mayor said.

The Detroit Land Bank Authority holds the title to the house. Nicole Curtis said she paid $17,000 for the property in 2017 and has spent $60,000 in repairs and other costs so far. The land bank has put the house on the market for $40,000. Curtis filed a lawsuit last week, seeking to keep the property or be reimbursed.

“I feel bad for Nicole,” Mayor Mike Duggan said to the AP on Monday. “It appears she was scammed. It appears she paid somebody who didn’t own the house and paid them to buy it. But the land bank can’t legally just give her the property.”

The courts reportedly have ruled in the land bank favor, meaning that Curtis is out of her money invested.

Duggan is hoping that despite the setback, that Curtis will “stick with the project and hopes she can make a deal.”

“They can’t turn the property over without getting value,” the mayor noted, as Curtis is famous for making properties shine up and worth well more than they previously were appraised for.

According to the news item, Curtis’ Detroit Renovations LLC was unaware that the house in question had returned to the land bank’s control after the previous owners neglected it.

Those owners reportedly had previously executed a quitclaim deed to Curtis’ Detroit Renovations in 2017.

Curtis, a suburban Detroit native,  is ready to fight and told the AP: “I didn’t become so successful in business by being somebody who backs down,”

Curtis is a stickler for always staying true to the period, history, and architecture of the original homes.

The show deals with the rescue of these overwhelmed do-it-yourselfers in Detroit who need expert guidance on restoring their historic homes.

HGTV says: “With a mix of resourcefulness and sweat equity, she [Nicole]  shares her secrets to put them on the path to their dream home.