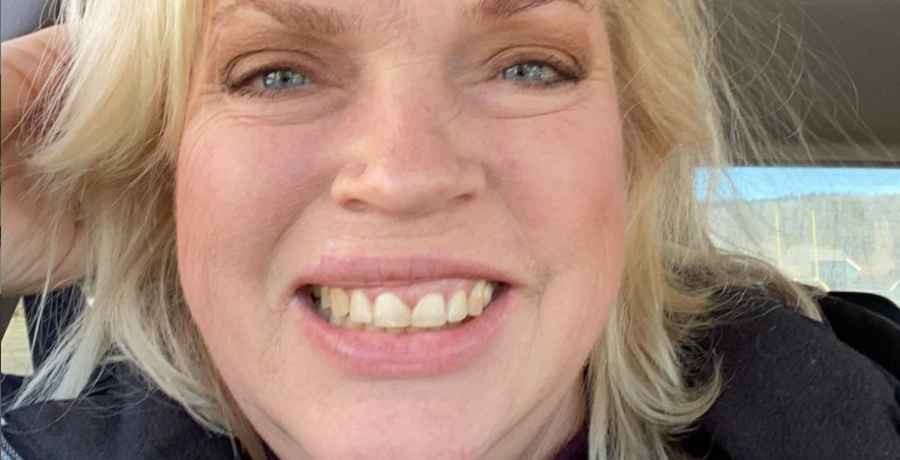 Sister Wives star Janelle Brown, 51, recently opened up about problems she perceives in the plural family. She married Kody Brown, 52, in 1993, three years after he married Meri, 50. Speaking of Kody and Meri’s marriage, Janelle said they have struggled for a long time and it certainly hasn’t been easy to watch. However, she also added that talking about Kody’s other wives can be “dangerous.”

In the interview, Janelle explained that Kody does a very good job of keeping things separate. He normally doesn’t discuss the other wives with her. However, if he did, she wouldn’t really want to hear it.

Janelle said speaking of other wives is “dangerous” for her relationship with Kody. In fact, she said she needs to keep a separate relationship with the extended family. Janelle did add that she knows Meri and Kody have “struggled for a long time,” and that it hasn’t been easy to watch.

The mother-of-six said it really hurts her when she sees Meri and Kody not doing good. She added that this is because it spills over into the other families. Janelle said it doesn’t feel like everything is completely calm and whole. However, she says she is always trying to advocate and go to but for both of them. Meanwhile, she believes it is a hard thing for the whole family. If one relationship struggles in the plural family, they all struggled.

The current season of Sister Wives has highlighted Kody and Meri’s relationship problems. The TLC reality show reveals the couple going to therapy together. Janelle admits that Kody and Meri have had some “deep troubles,” but she doesn’t dare ask about it. She believes that sometimes the couple is entitled to their privacy. However, when you are public on reality TV, unfortunately, there isn’t quite that level of privacy.

Kody said there is ‘no real value in the relationship’

On a recent episode of Sister Wives, Kody opened up, saying that neither he nor Meri saw “real value in the relationship.” This was a statement Janelle was not happy to hear. She said she didn’t agree with that statement then, nor does she now. Janelle believes there is value in Kody and Meri’s relationship. She told Us Weekly at that time that it is always hard looking back over some of the not-so-good or graceful moments of the show.

Janelle said it made her said to hear, but added that she can’t control what Kody thinks or feels. She said all she can do is “show up as the best version” of herself. Speaking of where Kody and Meri stand now, she said she is “at peace” with their marriage. However, she does say there are always improvements to be made.

Keep up with the story on Sister Wives on TLC, Sundays at 10 pm ET.