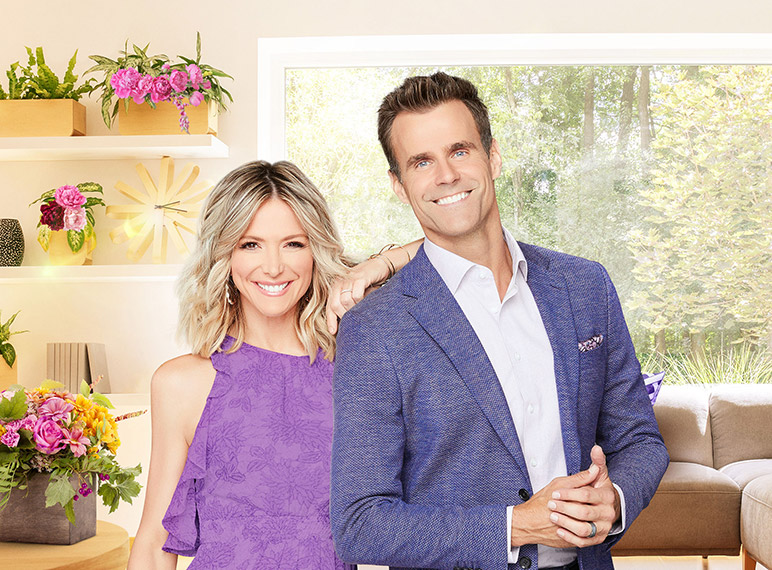 The series began with Cristina Ferrare and game show host Chuck Woolery and was a huge hit when it began.

Later on, host Mark Steines joined Ferrare, but the two left with questions swirling and not without controversy, as both were abruptly released from the production at Hallmark Channel at different times.

The morning show had ceased production twice due to COVID lockdown, according to Variety.

Variety got the Hallmark press release first, which read:

“The ninth and current season of ‘Home & Family’ will be the series’ last,” a spokesperson for the network said in a statement. “For nearly a decade, the show has anchored our daytime lineup, featuring countless hours of cooking, lifestyle, DIY, health, entertaining and decorating segments. We want to thank the heart and soul of the show, our incredibly talented cast and crew — led by co-hosts Debbie Matenopoulos and Cameron Mathison — for their creativity, hard work and dedication. Our audience can look forward to more of the topical segments they know and love when the show returns on Monday, April 5 with a new one-hour, three-day-a-week format. The program’s final episode airs Wednesday, August 4th.”

TV Shows Ace reached out to the former Triple 7 publicist for the series, Alfred Hopton, who worked with us when Cristina Ferrare and Mark Steines were the hosts and American Ninja Warrior host Matt Iseman was part of their expert team. Hopton is currently the talent booker for Storic Media.

Of the cancellation, Hopton said: “I did on-set publicity for the show for a year when I was with Triple 7 PR, and I felt that the show was a family… or at least the people I worked with made it feel that way. It was a daily production where everyone worked together, from talent to producers to the crew. And everyone knew each other and spent time together off the set as well.

He added: “Working on a daily production on the historic Universal backlot in Western Town was special. What was also special was the amazing and talented people that led the show like Mark Steines, Debbie Matenopoulos, Matt Iseman, Kym Douglas, Ken Wingard, and many more. I am grateful for the friendships and relationships that were built there.”

In its run, the show received six Daytime Emmy nominations.

The series first began in 1996, then called The Home and Family Show which aired on The Family Channel. After two-years, it came back in 2012 for the Hallmark Channel.

The series recently was hosted by Debbie Matenopoulos and Cameron Mathison, but it was the ousting of longtime host Cristina Ferrare that really raised some eyebrows as she was considered to be a viewership favorite.

It was commonplace to see Hallmark veterans such as Lacey Chabert, Nancy Grace, Vivica A. Fox, Kimberly Williams-Paisley, Kristoffer Polaha, and Taxi star Marilu Henner booked on the series.