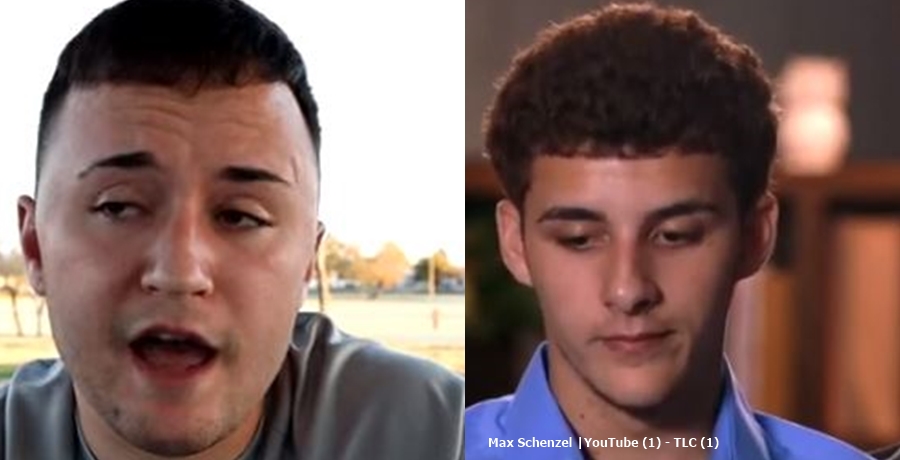 Unexpected fans saw a cryptic message posted by Anthony Vanelli, the baby daddy of Malayah. Actually, it’s not unlike the sort of message that Max Schenzel might put out. When he’s not praising himself that is. Recently, Max shaded Anthony, so perhaps he refers to Max? However, frustrated fans just wish these TLC stars would say what they need to say without all the cryptic nonsense.

Unexpected star Anthony Vanelli shares his cryptic message but is it aimed at Max?

We reported that Anthony Vanelli, Rilah Ferrer’s ex, faced charges from the police. And this, time, it involved a gun incident and a relative. Soon after Max Schenzel got out of jail for one or more of his offenses, he shaded Anthony. Taking to Instagram, he crowed about how everyone hit on him for getting into trouble. And he laughed about Anthony’s most recent arrest. Popping up crying with laughter emojis, he wrote, “LMAO WTF. People give me sh-t when I’ve been sober for a year. But one of the other guys from the show is lowkey shooting up houses.”

Of course, Unexpected star, Max Schenzel loves telling his fans how good he is. Full of talk and little change, fans don’t believe him anymore. Actually, Anthony and Max share some traits, as noted by Screenrant. Both of them were accused of domestic assault by their girlfriends. Both of them saw the inside of jail cells more than once. And, “both were teenage dads.” So, when Anthony’s Instagram Story revealed a cryptic message, fans slammed him. But was it aimed at Max?

Unexpected fan-page, @tlc.unexpectedtea shared the post by Anthony Vanelli. In it, he said that he feels “really hurt.” However, he promised the world a “big eye opener.” Then he cryptically noted that he plans on taking “revenge for positive change.”

Many people seem just totally frustrated with these cryptic messages. After all, they wonder if he praises himself like Max Schenzel. Others just hate that the TLC stars say things without any detail. After all, it seems that nobody knows what revenge Anthony promises. Bear in mind that Rilah and Anthony split ages ago. So, it might not refer to her.

One TLC Unexpected fan wrote, “Does he mean on his journey instead of revenge? Why can’t these people just speak f–king English?” Others wondered what he meant with the broken heart and the X emoji. Meanwhile, another follower slammed him, saying, “It’s giving me … max [vibes].” They added, “let me post about how good i’m doing instead of actually doing it. that will show them!”

What do you think about the cryptic messaged that Anthony shared? Might he aim it at Max for shading him? Actually, it could relate to almost anything. Can you guess what his problem is? Sound off in the comments below.

Danielle Busby Cranks Up The Heat, Flashes Hint Of Cleavage: See Photo
YUCK!! What Has Savannah Chrisley Done To Her Face?!
‘My Feet Are Killing Me’ Season 3: Release Date, What We Know
‘Vanderpump Rules’ Season 9 Will Be More Exciting Than Fans Think
‘The Young and the Restless’ Spoilers, July 19-23, 2021: Amanda and Victor Mean Business