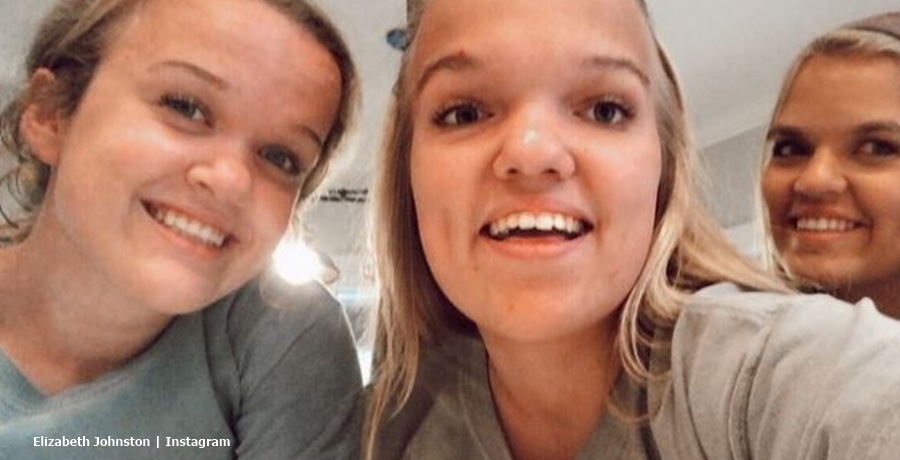 7 Little Johnstons fans saw a photo this weekend that didn’t include Elizabeth. So, some of them stressed and worried about her whereabouts. Actually, whenever TLC families don’t share photos of a child, fans immediately wonder where they are. So naturally, many of them asked in the comments section about the missing daughter. Not that she’s a baby anymore. In fact, she turns 20 years old at the end of this year.

This weekend, eagle-eyed fans spotted some photos shared by the Team7lj account on Instagram. Instantly, fans noticed that Elizabeth, their daughter was missing. Now, she’s not a baby anymore. But, that makes no difference to TLC fans. Fans always want to know why kids are missing from family outings. Ultimately, it’s not confined to Trent and Amber’s show. It comes up all the time with the Busbys from OutDaughtered. Also, sometimes on The Little Couple photos.

Even long-gone from the network alum, Jon Gosselin gets the same sort of questions if Collin or Hannah are missing from photos. That came a few days before Jon shared a photo that showed how tall Collin grows these days. So, with 7 Little Johnstons just ending a season, fans keep the kids uppermost in mind.

In the photos that Amber shared, she revealed they went on a day trip to “Providence Cayon -Little Grand Canyon.”

The two photos that showed the family rambling around the rocks and woods both revealed only six people. Everyone from 7 Little Johnstons was present, but not Elizabeth. Some fans weren’t sure which daughter was missing and confused her with Anna. However,  they finally all decided that Elizabeth’s missing from the day trip pictures. One fan asked, “Lizz??😮.” Those who thought Anna was missing asked about her as well. Then, another fan wrote,” No Liz ??”

Well, if you worry that the 7 Little Johnstons family ousted Elizabeth, or if aliens abducted her, you can relax. The trouble is, as some TLC fans pointed out, some people simply never “read the hashtags.” It turned out that one of those hashtags read, “#lizisworking.” These days, Elizabeth works as a  Nurse’s Assistant at “CareConnect Convenient Care in Forsyth,” Meaww reported. Previously  she worked at “Riverplace, an assisted living facility for seniors.” However, with college and extensive working hours, she looked around for something easier to manage.

Actually, in the future, 7 Little Johnstons fans should expect to see kids missing from family photos. The last season of the show ended up with Amber and Trent telling Jonah that he needs to start looking for his own place. Consequently, Elizabeth might also follow suit. After all, he’s 21 now, and in December, Elizabeth celebrates her 20th birthday.