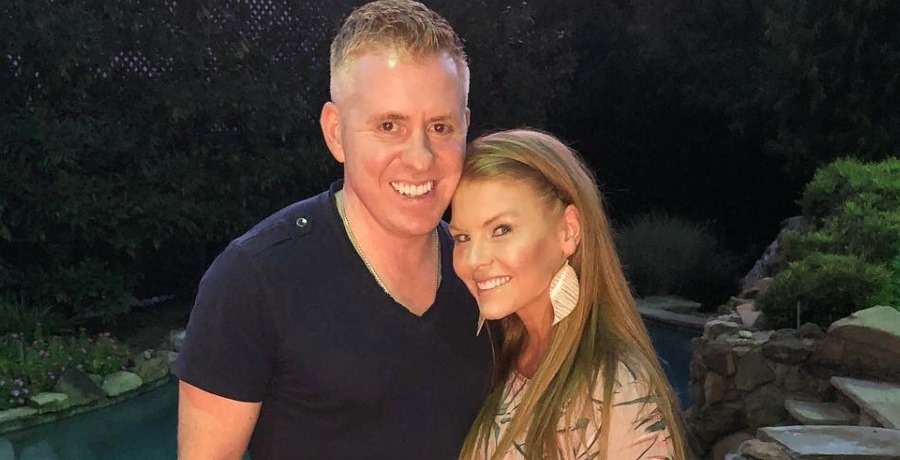 As usual, Backwoods Barbi brought the tea and it was tasty! She told viewers to buckle up for a “hot mess express,” concerning Brandi Redmond and her husband, Bryan. It started out where she showed the video of Bryan at a restaurant with Stephanie Hollman’s husband. The men are with two blond girls who are not their wives. In a previous post, Barbi dove into the video and all the allegations about Bryan that had been going around. There is a video of him in a club with a lady in Vegas a couple of years ago. He’s kissing her in the video. This girl has brown hair.

Barbi reported a girl from Vegas sent a letter into the podcast, Call Her Daddy, detailing what went down there. Allegedly, the two hooked up in a hotel and she remained anonymous only calling the man a Real Housewives of Dallas husband. The plot thickened when another source asked if that was in Vegas because she’d heard the story about him hooking up there without his wife. That all got covered in Barbi’s last video which you can watch here. In the new one, it’s Brandi’s turn on the hot seat. Keep in mind the first video and second video posted today.

What Did Backwoods Barbi Uncover About Brandi Redmond?

Backwoods Barbi showed the video with the blonde girl that Bryan was seen with before. Then she said a source reported Brandi had hooked up with a country music star. The source said he and Brandi have a mutual friend she met at the NBA draft. That friend allegedly met Taylor Phillips and the country singer told him that he hooked up with her in Dallas. This was when Taylor did a show there. Someone found a picture of Brandi with the singer and it said, “hanging out with the realest housewives.” Another post of Brandi commented, “love yall,” on it.  That comment was made on a photo of Taylor and his wife.

Then Barbi dropped the bomb. In a side by side with the video of Bryan and the blonde and a picture of Taylor’s wife, she revealed it looked like the same person. One commenter said Taylor deleted his Instagram  but his wife’s is public and she doesn’t follow him. They said, “well that guy went from blue checkmark to non-existent.” Fans are saying that means he’s guilty. There is also the news Brandi Redmond is done with the show.

There Is The Question Of Swinging

Backwoods Barbi said she hasn’t heard of Taylor Phillips despite listening to country music. She knows he is friends with Kane Brown and Luke Combs. He’s from Sanford, North Carolina. His debut single is, “Rust in Peace.” The kicker to the whole thing is there was a rumor about Bryan going around. He was working with Morning Star in Lake Norman, North Carolina, according to another source. There were rumors he was hooking up with a very successful real estate agent in Mooresville, NC. Taylor Phillips’ wife is a real estate agent in NC!

Barbi said there is the possibility of swinging since somehow they ended up with each other’s spouses. The way she put it, “maybe they get down with the get down.” She is going to stay on top of it like a good and nice Youtuber! What do you think about Brandi and Bryan possibly swinging? Do you think it is why Brandi is quitting the show?