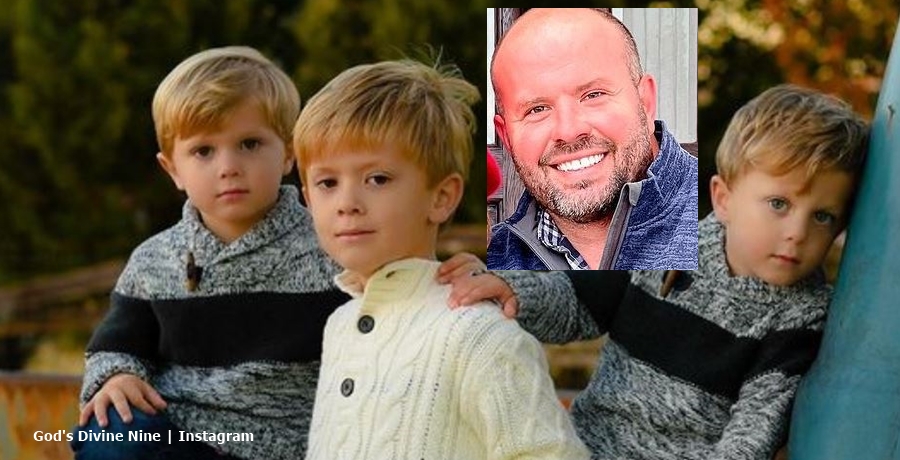 Sweet Home Sextuplets dad Eric Waldrop works hard for his family. He dedicates a lot of time to the three older boys. The big brothers to six little kids are Saylor, and his twin brothers Wales and Bridge. The boys all enjoy playing sports. Their dad Eric coaches them. According to Courtney, her husband really puts in a lot of time and effort.

Sometimes, fans see or hear about Courtney taking the little kids as they watch their older brothers play their games. In fact, in a post by Eric Waldrop, he shouted out how much of a good mom she is. He also mentioned how she makes a big effort each time she loads up all the kids to go and watch the big boys play.

Imagine packing all those little ones into the car and then keeping an eye on the active toddlers at the sports field. Eric noted though, that his wife is “the most unselfish person I know.”

Sometimes, the Sweet Home Sextuplets mom ends up with some very dirty little kids at those games. We reported that she took them to a baseball game recently. During the game, the kids found some muddy puddles. Naturally, they all splashed around in it. Layke ended up stripped down to his diaper.

No wonder Eric Waldrop thinks of his wife as something of a superwoman. But, she also admired him for his efforts at coaching the bigger boys. She shared about it on Sunday, March 14.

Eric Waldrop the coach gets a shoutout from Courtney

The TLC star shared five photos of the bigger boys and said they just ended their basketball season. They go straight into the baseball season. The Sweet Home Sextuplets star also said that her boys enjoyed their tournaments. However, she also noted how “busy” it is. Nevertheless, “it’s been a fun … season.” Talking about Eric, she explained that he coaches the boys and it’s quite a “hard” job. But he “wouldn’t trade it for anything.”

Sweet Home Sextuplets fans already knew that Courtney packed up the little kids and took them to watch games. Now, she added, “I managed to take the sextuplets to most of the games to watch their brothers play!!🤪” Finally, she noted how “crazy” it all is. But she absolutely loves “these days.” Of course, in the comments, many TLC fans reacted to the post about Eric being such a good dad. Actually, they really admire this loving family couple.

One Sweet Home Sextuplets fan commented, “I am amazed at how well your large family handles what life throws at you, it is so amazing that your kids get to continue so many sports!!! They are so lucky to have You and Eric as parents!”

Do you agree that Eric is a great dad? Could those babies ask for a better mom? Sound off your thoughts in the comments below.