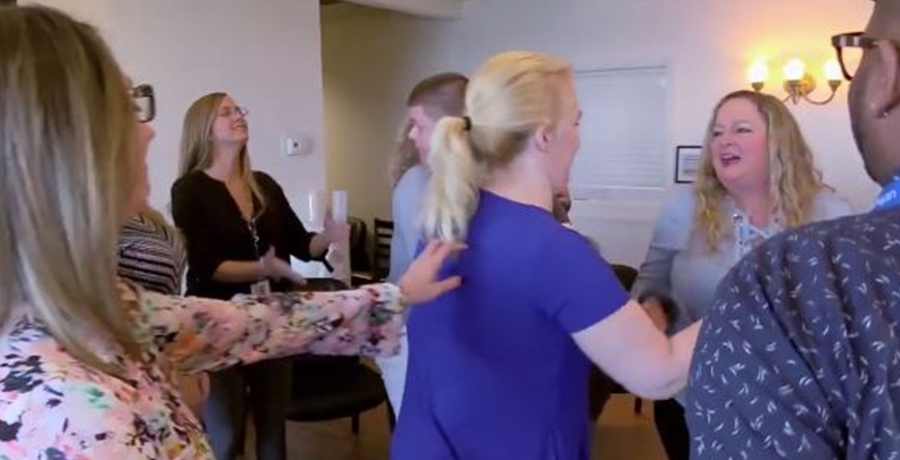 Mama June Road to Redemption premieres on Friday, March 19 on WEtv and it’s not all tears and sorrow. Pumpkin says fans can also expect some amusing moments and some good laughs. The season’s storyline seems self-evident from the title, so it follows up after June becoming estranged from the kids. So far, fans found little to laugh about with June and Geno, so a bit of humor sounds like a good thing.

From the teasers, it looks like WEtv brings a season that reveals June Shannon basically returning home and expecting everyone to just pick up with their lives. It’s almost as if she expects a warm welcome and people dancing for joy. However, it seems unlikely to pan out that way for her. After all, she put the family through hell. Fans saw how she avoided any intervention by her sister Doedoe and the kids. Plus, it broke many hearts watching Honey Boo Boo crying over her mom’s abandonment.

Mama June Road to Redemption comes after fans saw that last season, Shannon and Doak accepted their addictions and went to rehab. But, it’s not as easy as just arriving back and saying “I’m Home!” Pumpkin said in one teaser, “She just wants us all to go back to the way things used to be.” So, fans assume from that, that June and Geno popped back into their lives after destroying it. And expect the red carpet to be rolled out. In the teaser’s Honey Boo Boo cries again as well. And that upsets WEtv fans. But Pumpkin assured fans it’s not all about tears.

The World News Daily reported that June Shannon got a lot of hate over the last year. It mainly came because she seemed impervious to her hurtful behavior. In a recent promo for Mama June Road to Redemption, Pumpkin talked about needing some “tissues” as tears flow. But, unlike last season, she assured fans that they should also expect a “lot of laughs.” Maybe WEtv realizes that the ugliness of Family Crisis put some people off the show. After all, the original Not to Hot seemed way more lighthearted.

However, in the comments section of the post about Mama June Road To Redemption by WEtv, few fans picked up on the laughter. And a few of them slammed Pumpkin for treating her husband badly. Clearly, seeing is believing among jaded fans. After all, ever since June Shannon refused family intervention, they watched the family become more dysfunctional. It’s been a very long time since fans found anything to laugh at.