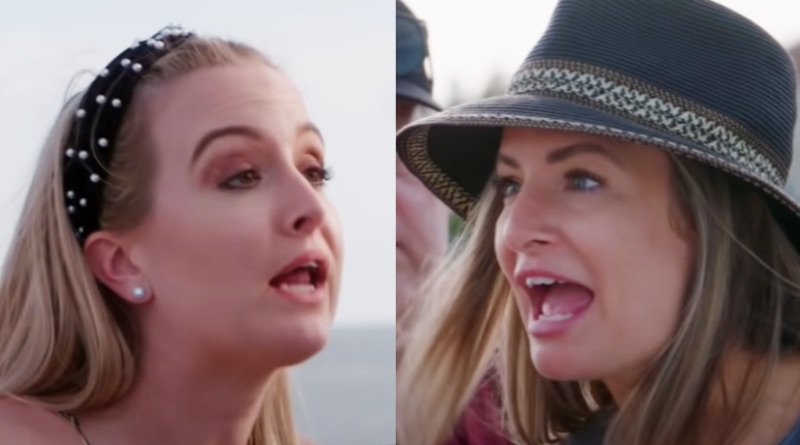 90 Day Fiance: Happily Ever After spoilers tease more family drama between Andrei Castravet, Elizabeth Potthast, and her relatives. And just like the previous season of the TLC spinoff, it looks like things heat up in coming episodes.

There was a lot of drama on the previous 90 Day Fiance season between Elizabeth Potthast, Andrei Castravet, and her family. Things got even more dramatic with the wedding storyline in Moldova. And if getting the whole gang together wasn’t drama enough, things came to the surface surrounding Andrei Castravet’s past.

One issue that comes up regularly when it comes to this 90 Day Fiance couple is money. Andrei’s job status has been a topic from the very beginning of his storyline with Elizabeth Potthast. Meanwhile, Chuck Potthast foot the bill for the expensive wedding in Moldova. And that rubbed a lot of her siblings the wrong way – including her brother, Charlie.

TLC spoilers show Andrei Castravet and Elizabeth Potthast try to heal old wounds with her family. And they do this by going on another family trip – this time, to Maryland. There’s a lot of drama when the gang gets together. And that will likely be the case this time around too.

90 Day Fiance watchers remember Andrei Castravet and Charlie Potthast nearly coming to blows on the previous season. And all of them packed together in an RV is drama waiting to happen for this bunch. Still, they all go on the family road trip – and seem to hope for the best.

Chuck Potthast says in teasers that he hopes everyone will be able to “put all of their personal differences behind.” But, based on the latest clips, things certainly get heated as the season goes on. Some watchers suggested that they should get their own show. Either way, there’s a lot more drama in store in upcoming episodes once the new season airs.

Claws Come Out for 90 Day Fiance Wife & Her Sister

Usually, on 90 Day Fiance, Andrei Castravet is at the center of family drama. But this time around, it looks like Elizabeth Potthast is front and center. Elizabeth calls out her family for picking on Andrei Castravet. And it doesn’t take long for one of her sisters to step up.

Libby’s sister calls her “two-faced.” And that really sets things off with the whole family. Meanwhile, it doesn’t stop there. Elizabeth Potthast’s sibling even throws a drink in her face in 90 Day Fiance: Happily Ever After spoilers. And it’s clear, based on what’s coming up, that there’s a lot more drama to come in this storyline.