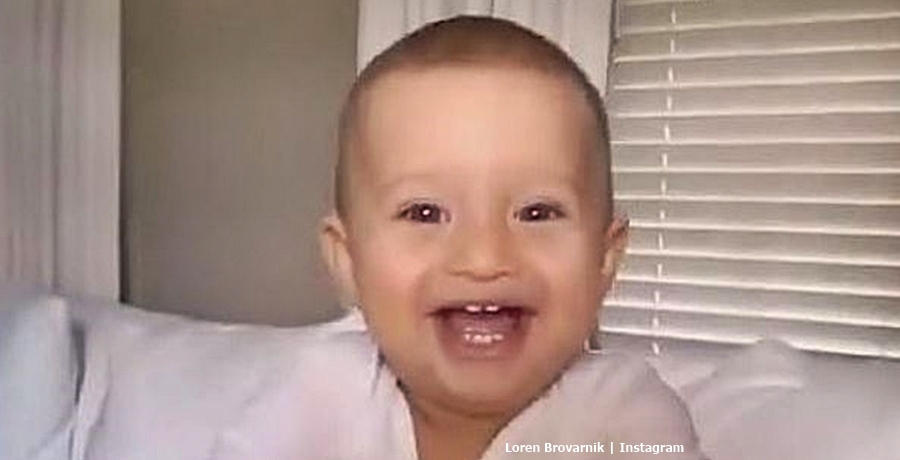 Shai Brovarnik steals the hearts of 90 Day Fiance fans. He’s very cute, bright, and fun to look at on social media. And his parents, Loren and Alexei regularly post up photos of him as he reaches his milestones. Of course, walking is the biggest milestone that fans hope for. So, is he walking yet? Fans wait for the day he starts getting into everything and toddles around exploring his world.

Loren shares a lot of photos of her son. But some of them stick in the minds of fans as he’s so cute. His “laugh attack” made so many TLC fans feel happy. Actually, Loren said in her caption that she shared the clip because it probably helped brighten up someone’s day. And it certainly did. He started laughing but then kept on and went into a full-on laughing attack. And that made fans fed up with COVID-19 feel better as they also laughed.

We reported that soon the not-so-little “Baby Brov” will be walking, talking, and getting into all kinds of mischief. Shai Brovarnik getting into mischief is certainly something fans hope to see. As he nears his first birthday, his bright personality grows. But some fans worry that he might end up with Tourette Syndrome like his mom Loren. However, he seems fine at the moment. But, Alexei and Loren won’t know until he reaches the age of seven. In the meantime, fans enjoy watching him on the occasional appearance with his mom and dad on 90 Day Fiance: Pillow Talk.

How old is the cute little boy and is he walking yet?

Shai Brovarnik arrived in April last year, Sreenrant reminds TLC fans. “Shai is a Hebrew name that means “gift” and is pronounced like ‘shy,” the outlet noted. And he’s been a gift to fans of the show and for his parents who met in Israel. He soon turns one-year-old and fans wonder if he starts walking by then. Not all kids walk by the age of one. And each child develops at their own pace. But Loren’s son seems very strong and keen on exploring his world.

On Friday, March 12, Loren shared a short clip of Shai Brovarnik with his dad. Outside on the lawn, Alexei crouched down to Shai’s height and held his arms. His son took some wobbly steps and very nearly managed on his own. So it looks like soon, he’ll find his balance be set off on a new mission. TLC fans loved the clip and one of them said, “Aww I love how he popped right up on those toes😍😍.” And another one commented on how before everyone knows it, he’ll set off and get his “driver’s license.”

What do think about Shai Brovarnick getting ready to walk just ahead of his first birthday? Are you looking forward to following the adventures of Loren and Alexei’s son? Sound off in the comment below.