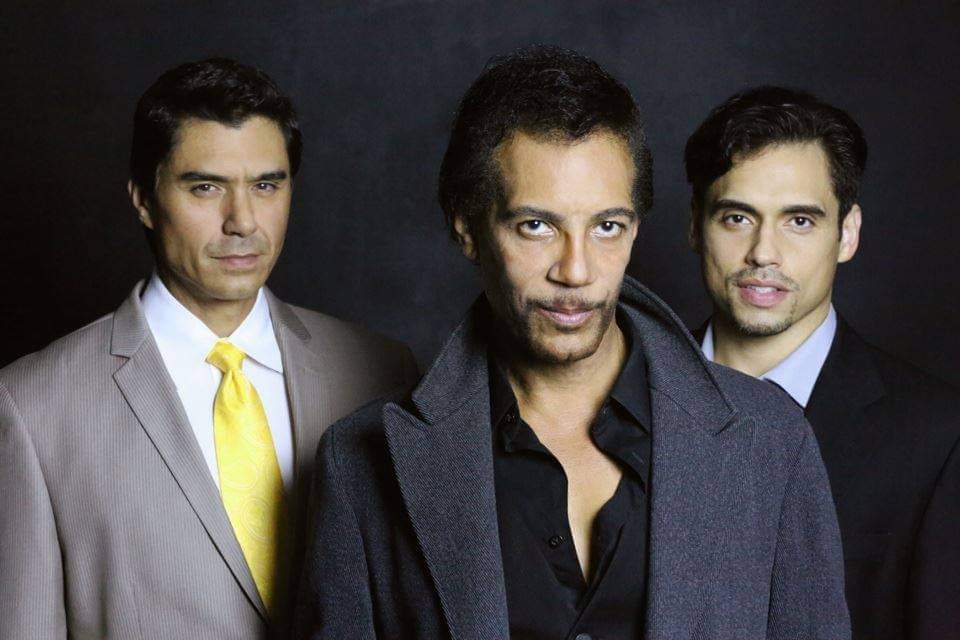 TV Shows Ace recently got the chance to talk to the stars of the show Sangre Negra (Black Blood). Find out what Danny Arroyo and Ricardo Herranz had to say about this new series.

All about the show Sangre Negra: (Black Blood)

“Danny Arroyo: Sangre Negra is unique in that it wasn’t produced by a Hollywood studio, but individually financed and produced by executive producers who believed in us as storytellers. Execs who wanted to see narratives told where people of color are seen in more prominent and less stereotypical situations. Because it was privately financed, it allowed us to tell the story that we wanted with no outside interference.  Additionally, it afforded us to cast the people and friends who are very talented but needed more exposure in an industry filled with other talented actors.

The story itself is about the Santos family; an affluent Latino-American family living in Los Angeles, led by the patriarch of the family, Guillermo Santos Sr., played brilliantly by Erik Estrada. The series’ main protagonists are the three brothers, Guillermo Santos Jr., a defense lawyer, played by Ricardo Herranz, Christian Santos, LAPD detective, played by Danny Arroyo, and half-brother “Pretty” Ricky Santos, a gangster, played by Antonio Mckay.

The family controversies reach new heights when Detective Christian Santos arrests his own brother, Ricky Santos, for murder, resulting in Ricky hiring his brother, Guillermo Santos, to defend him. To further muddy the waters, Christian’s fiancée is the lovely Francesca Natal, played by Arianna Gomez, who shares a young daughter with Ricky.”

Ricardo Herranz: “Sangre Negra is a completely independently financed production which enabled us to completely control the narrative and development of the plot.  Additionally, it gave us the opportunity and freedom to apply one of the most successful formulas in show business today which is the one applied by the “Fast and Furious” productions. The secret of this formula lies in having multiple protagonists representing multiple ethnicities and all of them equally important to the plot. In Sangre Negra, we apply a very similar technique adapted to the TV series format, in which the importance of the plot is distributed between a brilliant cast of all ethnic angles giving representation and importance to all demographics.”

What would you compare your show to?

Danny:  “The best way to describe Sangre Negra is a combination of the scandalous story lines from the TV show Dallas along with the mob crimes and personality of The Sopranoscoupled with the glitz and glamour of Empire.  All three of these shows had their unique flavor and huge fan base. It was our intention to have Sangre Negra fill the void when these shows ended and attract the fans who love those genres and story lines that continue to keep you on the edge of your seat as the story unfolds.”

Ricardo: “Our series, Sangre Negra, combines the interpersonal family drama of Dallas and its battles between good (Bobby) and evil (JR) with the organized crime and mafia connections of The Sopranos.  Now add to this explosive mix the Latin flavor Telenovela style and the result becomes quite interesting.”

How can viewers watch this show? How many episodes?

Danny: “We are currently on Tubi-the popular streaming service from 20th Century Fox. Sangre Negra is one of Tubi’s only original scripted content TV shows.  This makes us really stand out on the Tubi platform that mostly shows films and TV shows that have already aired elsewhere.

Sangre Negra has the pilot and 3 additional episodes on Tubi with episodes 5 and 6 coming soon.”

Ricardo: “You can watch the first 4 episodes of the first season on TUBI…..the next 4 episodes are in post-production with at least two more episodes expected to air in March.”

Do you want to do a second season?  Any news?

Danny: “I absolutely would love to continue exploring this intriguing story with friends who have become family over the years.  We had a wonderful time filming together so to bring more stories about the Santos family would be amazing. With the great feedback, we’ve been getting about the show and the constant questions asking when more episodes are coming out, I foresee a season two shooting soon.”

Ricardo:  “Absolutely, we are already in the process of brain-storming the possible different plots for all the diverse characters as well as continuing the often-challenging process of obtaining financial support and distribution.”

Make sure you check out Sangre Negra on Tubi. This is the only place you can watch it.