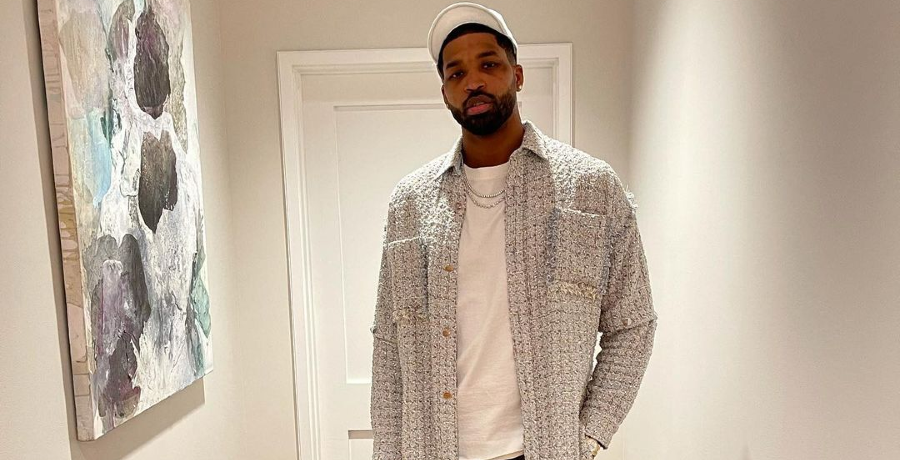 But they kept it under the radar. The couple never used social media to confirm that they’re back together. Instead, they used Keeping Up with the Kardashians to address their relationship. And they revealed that they’re planning for a second baby.

The Good American founder wants to have a second baby with Tristan Thompson. This time, the couple is considering using a surrogate. The reality star talked about their situation in the latest trailer for KUWTK. Khloe shares their ideas with both Tristan and Scott.

According to The Blast, the footage was filmed before the couple went public with their relationship. It’s the first time that they confirmed they’re back together. As for their baby-making plans, that’s still up for consideration. Neither Khloe nor Tristan have revealed anything as of yet.

“You’re trusting a surrogate with your unborn child, and it’s just scary,” Khloe says in her confessional in the trailer.

In one scene, she holds up a syringe. Scott is confused about their idea of using a surrogate. He’s even concerned about the couple considering another child. Like everyone else, he wants to know the status of their relationship.

“You’re talking about having another child together, but you don’t want to say you’re official?” he asked.

Previously, Khloe considered the option of freezing her eggs and having another child down the line. But she saw herself as more of a single parent at the time. An insider told Us Weekly that Khloe “would love” to give True a sibling. However, it sounds like she’s still weighing her options.

Tristan Thompson is back with KUWTK star

Khloe Kardashian and Tristan Thompson are back together. The couple ended their relationship in February 2019. During that time, Tristan was caught cheating on the Revenge Body star with Kylie Jenner’s ex-BFF Jordyn Woods. Just one year prior, the Boston Celtics player was already caught cheating with multiple women while Khloe was pregnant with their first daughter.

The couple has since worked on their issues and put their past behind them. Instead, they are focused on co-parenting True. While quarantining in Los Angeles amid the peak of the coronavirus pandemic, Tristan and Khloe got back together. Since then, Khloe has been thinking about expanding their family. In the Season 20 KUWTK clip from February, she admitted that she “never ever imagined having an only child” as a mom.

What are your thoughts on Khloe and Tristan getting back together? Sound off below in the comments.