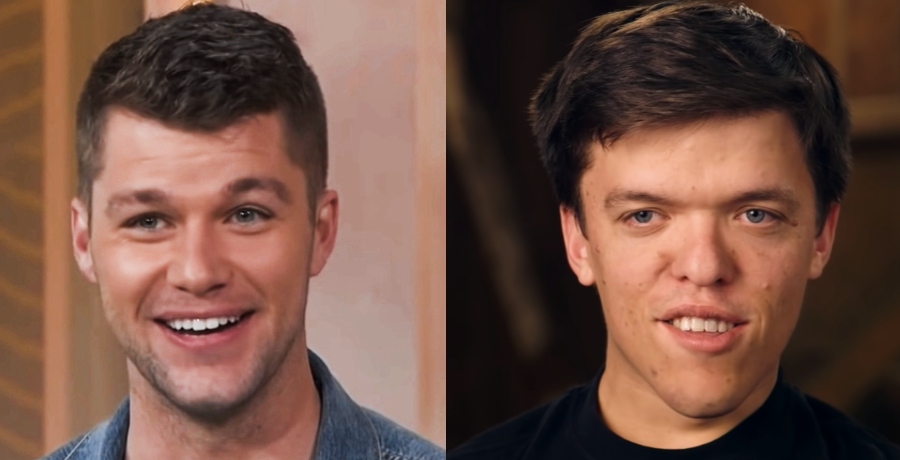 Little People Big World star Zach Roloff and his twin brother Jeremy Roloff have both expressed interest in running the family farm one day. Jeremy was more vocal about that long-term goal. However, as the last season ended,  Zach let both his mother, Amy Roloff, and his father, Matt Roloff, know he was ready to take over his mother’s interest in Roloff Farms.

Both Little People Big World brothers have been sharing pictures of their families spending time on the farm. This is causing LPBW fans to chatter that perhaps one of the twins is now calling Roloff Farms home.

Little People Big World: Zach Roloff And His Family Have Sunday Fun Day On The Farm

Last weekend Little People Big World celeb Zach Roloff and spent the day at Roloff Farms. He was there with his wife Tori Roloff and their two kids, Jackson Roloff and Lilah Roloff. The family was enjoying a perfect winter day at the farm. Tori captured her three “favorite absolute favorite humans” riding an all-terrain vehicle at the farm.

Little People Big World fans couldn’t help but wonder if  Zach and Tori were just visiting Matt and Caryn Chander for the day or if they actually moved onto the farm. Certainly, Zach’s expressed an interest in one day taking over the farm. So has that one day come? That question still remains unanswered. Perhaps that will be addressed when the next season of LPBW returns to the TLC schedule later this year.

Little People Big World alum Jeremy Roloff also has been sharing pictures of his family taken on Roloff  Farms. Just yesterday, he posted an adorable picture of his oldest daughter Ember Roloff wearing a Little House On The Prairie-inspired dress. The picture was taken in the barn on the farm. Ember looked super adorable. Fans commented how grown up she’s looking these days.

Little People Big World fans also commented, asking if Jeremy Roloff is now living at the farm. This seems to be a constant theme whenever either Roloff brother posts pictures taken on the farm. Fans are clamoring to know if either brother made the move to the farm.

Little People Big World fans will have to wait until next season to learn if there’s been movement by either brother to the farm. The Roloffs were still filming for their next season. So likely, many questions fans have cannot be answered due to contractual obligations with TLC.

For now, we just get to enjoy both brothers sharing pictures of their special moments with their children on the farm they both spend their own childhoods.