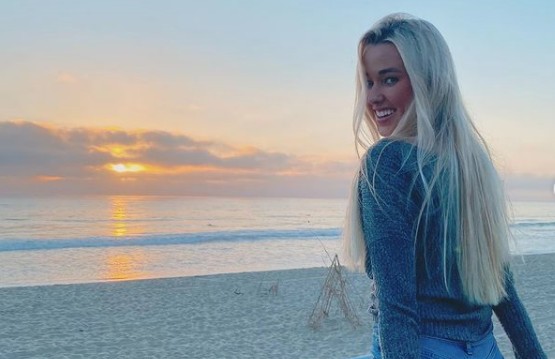 When The Bachelor: Women Tell All aired fans were convinced Heather Martin was in the audience. Multiple photos surfaced showing what appeared to be her sitting with the girls. However, for some reason, Heather never said a word in the aired episode. In fact, it appears she was completely edited out. Some photos show where she should have been, but was not. Now, many believe Heather just confirmed she was really there.

Did Heather Martin confirm she was at The Bachelor: Women Tell All?

Heather Martin went to Instagram for a Q&A with fans. One question asked by many was if she attended the Women Tell All special. Fans began believing Heather attended the filming because of multiple clips showing her back or side. They said it was Heather sitting in the back row by Kit Keenan. However, there was never a close-up of her face or a speaking part shared during the episode.

Fans went to Twitter to ask ABC why they would cut Heather from the episode. Some of the comments were “@BachelorABC why are you acting like we can’t see Heather sitting back there next to Kit?!?!” Someone else said, “Why was she invited and then WHY was she cut?!” And, another fan said, “Did ABC really think they could sneak Heather in without us noticing?”

If Heather was cut from the episode there’s no real reason why. Perhaps she only attended part of the filming since her part on the season was so short. After all, Matt James sent her home the first day she appeared on set and introduced herself.

But now, it looks like Heather finally addressed whether or not she was there.

Many believe Heather confirmed her presence at the special in her reply to fans. She shared a photo on her Instagram Story showing her sitting in a chair in a black top, looking over her shoulder. It pretty much indicated that yes it was here sitting in with the other ladies.

She confirmed it and didn’t have to say a word. 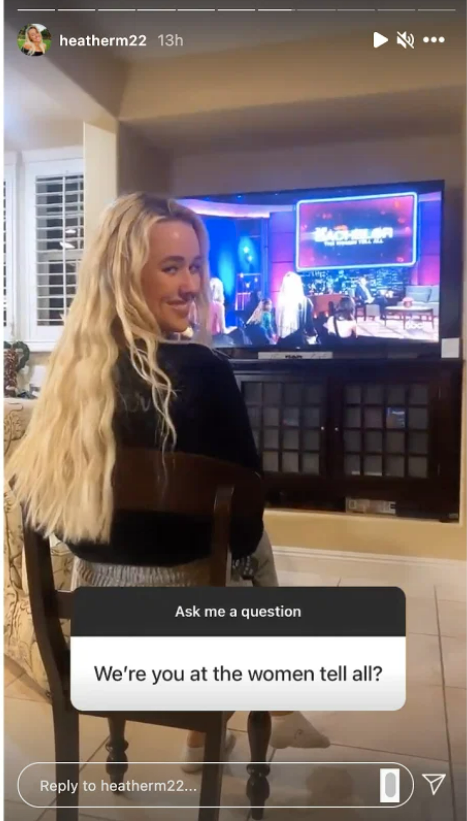 Who is Heather Martin?

One pretty important fact is that Heather is Hannah Brown’s BFF. And, fans asked her when she and Hannah B. would reunite. Her reply was sooner than you think. This morning she shared an Instagram Story of Hannah sitting eating a pancake.

Heather first appeared on Colton Underwood’s season of The Bachelor. Now, Hannah thought Heather and Matt would make a good couple. However, once Heather decided to try and pursue Matt he was already far into the process. So, while there could have been a potential connection, he sent her home.

Now, rumors are flying that perhaps the two are getting to know each other since the season is over.