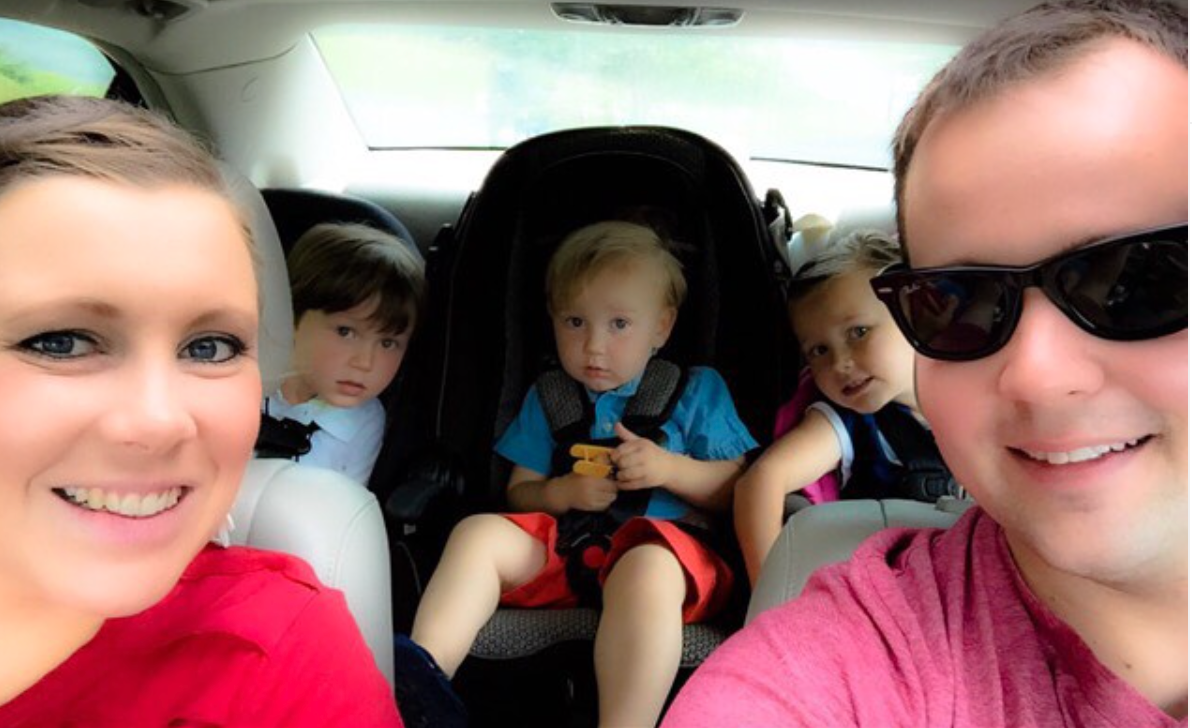 Counting On couple Josh & Anna Duggar has had a challenging marriage. There have been several ups and downs for them, from Josh’s molestation scandal to his Ashley Madison affairs. We haven’t heard much from Josh for a while now, so fans think that the couple is doing well. Based on Anna’s social media posts about him, she seems to be happily married.

Recently, she shared a photo on social media and wrote a message for her husband’s 33rd birthday. She wrote, “Happy Birthday Joshua! I love being by your side — looking forward to what the next 33 years have in store for us!🤍”

Along with the post, she posted one of their recent family pictures. She posted a similar photo in November 2020, so it’s likely that they had a photo shoot around that time.

Fans commented on the post to wish Josh a happy birthday. Though Anna’s social media comments are limited, plenty of her followers shared their opinions on her staying with Josh. For years, fans and critics alike have wondered how Anna could stay with Josh after their rough past. Of course, many other followers are praising her for being such a committed wife. So, fans appear to have mixed feelings about the couple’s relationship.

One critic in the comments mentions that Anna may not want Josh to touch her. Of course, this is only speculation.

Also, Katie points out that “Anna is standing super weird.” This may be in response to all of the pregnancy rumors about Anna. But because this photo was taken nearly six months ago, it’s unlikely that Anna is pregnant in it. 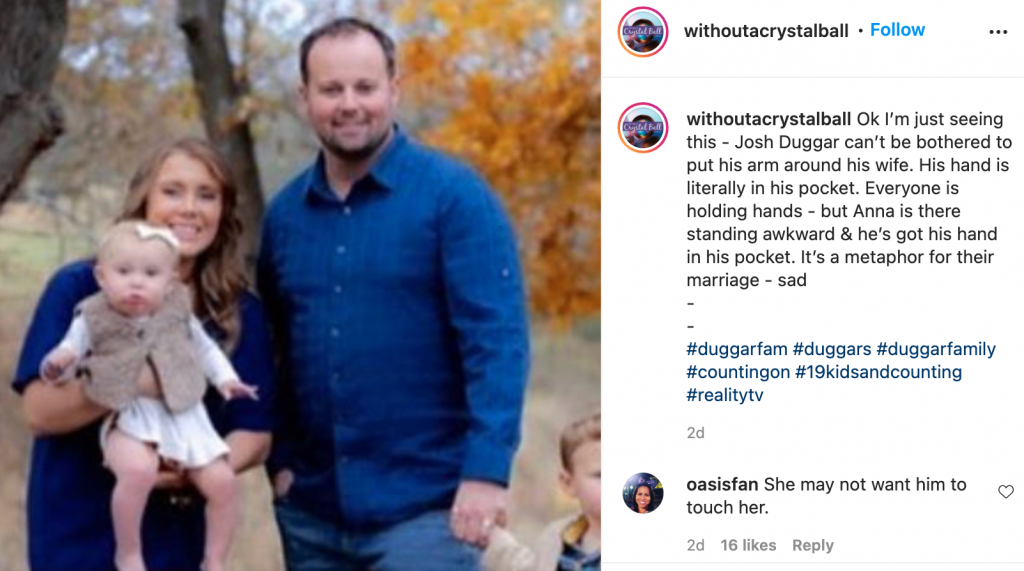 So, what do you think of the family photo? Do you think that Josh & Anna Duggar appear to be distant? Let us know in the comments below.

For the latest Counting On news, check back with TV Shows Ace.

Hallmark’s ‘Hearts Down Under’ Is Aussie Travel Romance
Plath Family Pays Tribute To Deceased Brother Joshua On His Birthday
New Oma Christine Brown Shares Adorable Video Of Granddaughter
Is The ‘Sister Wives’ Bunch Moving AGAIN? What’s Changed?
Did Tom Bergeron Just Hint At His Return To ‘Dancing With The Stars?’