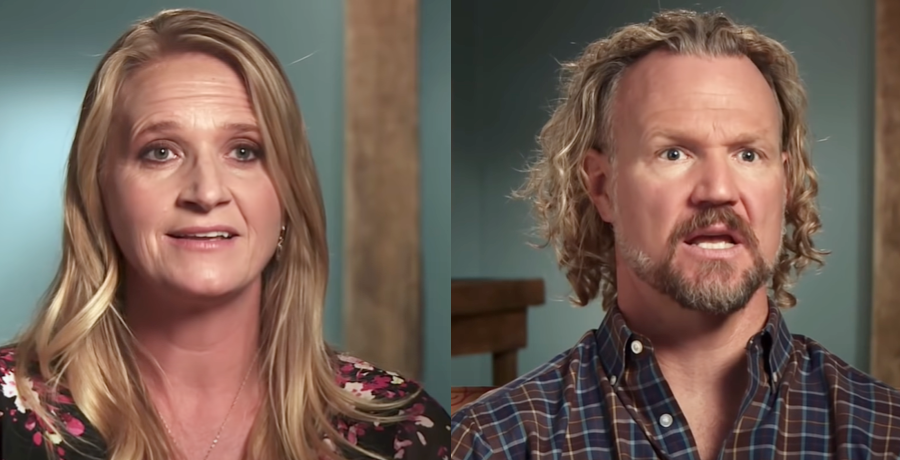 Christine Brown nurses some serious resentment about Kody. And it seems that once again, it’s related to her various jealousies of the other wives. The Sister Wives star talks about it in the upcoming episode on TLC this weekend. It all focuses on the renewed discussion about the Coyote Pass properties and the single mansion that Kody proposed last season. Once again, his third wife gets her knickers in a knot about him.

We reported that Kody Brown seems totally over all the baggage, fighting, disagreements, and petty issues between his wives. TLC Fans saw in last week’s Sister Wives‘ episode, that the question of the Cotoye Pass properties arose. Recall, last season, much fuss came along when he prosed a large home for all the wives. Actually, more like four apartments under one roof, Christine opposed it vehemently. Now after even more arguments, Kody just about had enough and said, “I’m sick and tired of trying to make it work with you guys.”

Christine Brown still maintains her hate for the idea of communal living. She believes that it seems less complicated living separately. Actually, some TLC fans think she likes it that way as it keeps the other wives out of sight and out of mind. People reported on a teaser they received that revealed this week, Christine gets her knickers in a knot about Kody again. And, it’s a jealousy resentment that she nursed for years. In fact, it predates Robyn’s arrival in the family in 2010.

In the preview, Christine Brown discussed with Robyn the “reason she doesn’t want to live under one roof as a plural family ever again.” It might sound trivial and petty, but obviously, it’s a huge issue for her. The problem started years ago when Janelle, Christine, and Meri lived with Kody in Utah. And when Kody talked about marrying Robyn, she raised the subject with him. She explained to Robyn that she had a backdoor entrance.” And Christine felt it seemed like a very “bad thing.”

Elaborating, Christine Brown noted, “I had a backdoor entrance, so it’s like, Kody would come in, dump all of his stuff at Meri’s house or Janelle’s house — never settle in mine.” But even more than that, she resented the fact that Kody hardly ever showered at her place. So, it still festers as clearly her knickers still remain tied in a knot. She even tackled Kody because he preferred the shower at Meri’s place. Certainly, he came across as thinking she made a huge issue out of a molehill. And when she asked if Kody planned on showering at Robyn’s place, he said he would. So, she demanded he showers at her place as well.

What do you think about Christine Brown getting her knickers all in a knot about which shower Kody uses? Sound off your thoughts in the comments below.