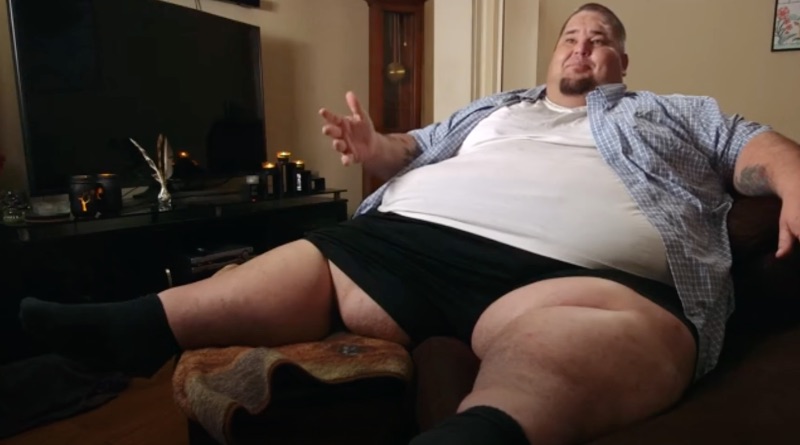 My 600-lb Life cast member David Bolton had quite the journey on the popular TLC weight-loss show. Each case brings with it a new set of challenges. How has David fared since the cameras left?

When David Bolton began his My 600-lb Life journey with Dr Now, he clocked in at a whopping 747 pounds. Due to his weight, he couldn’t work. And he couldn’t do basic tasks like keep up with his hygiene. That can be a significant challenge for people on the show. And they often have to rely on lovers and family members.

In addition to not being able to work, the sheer amount of food My 600-lb Life cast members like David Bolton consume can put a significant strain on finances as well. Along with that, there are health and quality of life issues to take into account. And David knew he had to do something drastic.

Going through the My 600-lb Life process is no easy task. And as viewers know, not everyone makes it to the end. Between not listening to Dr Now’s advice and going back to old habits, a lot of TLC cast members fall off the wagon and stay off. But, in David Bolton’s case, he is one of a handful of success stories from the show.

By the time his My 600-lb Life journey came to an end, David Bolton was 420 pounds. And in total, he lost 327 pounds. Meanwhile, that was only the beginning for David. A big part of being successful on your weight-loss journey is keeping the weight off. Losing the weight and keeping it off are two completely different things. But luckily for David, he has had no problem in that department since filming.

Turns out, David Bolton took his My 600-lb Life journey and ran with it – literally. The latest updates from the TLC star show that he lost even more weight since Dr Now initially put him on the program. So it’s clear that he has been crushing it even with the cameras away.

The most recent updates from the My 600-lb Life celeb show that he hit a new personal best of 295 pounds. And as a bonus, he looks happier and healthier than ever. And that’s not all for him. Along with reaching this significant weight-loss milestone, he also reached a new milestone in his personal life as well. He announced on social media that he and his girlfriend were going to tie the knot. So that’s a completely new adventure for him to embark on now that he is successful with his weight-loss.