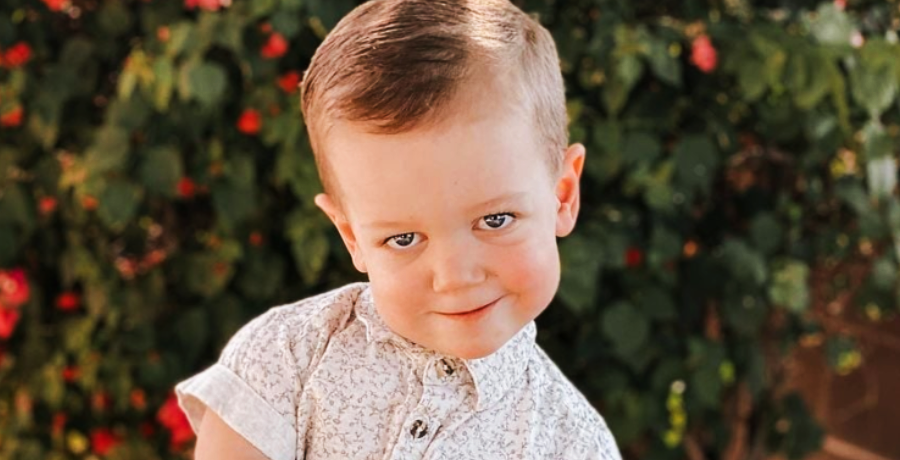 Little People Big World star Jackson Roloff had a busy and full first week of March. The three-year-old is growing up fast. This week he started pre-school. This is a huge adjustment for all the Roloffs. However, it seems Jackson is adapting well. In fact, he’s taken so well that he now has a new student to mentor. Lilah Roloff is now officially Jackson’s first student.

Little People Big World mom Tori Roloff shared the exciting news that her oldest son Jackson Roloff started pre-school. The three-year-old toddler asked for a long time to go to school. Finally, Tori and Zach Roloff agreed it was time. Jackson Roloff is one confident little boy. He walked into the school like he owned the place. Hard to believe he’s ready school age.

Little People Big World’s Tori Roloff couldn’t be more proud of her son Jackson. He is fearless and exudes confidence. As he walked into class, he gave his mom a big hug and kissed and then said, “peace, mom!”. Of course, that just melted Tori Roloff’s mom’s heart.

Little People Big World scene-stealer Jackson Roloff loves being a big brother to his little sister Lilah. Plus, Lilah makes it easy for her brother. She looks up to and idolizes him. No doubt she loves just spending time with him.

The Little People Big World siblings were captured in an adorable moment. Jackson must have learned a few things this week at school. While sitting on the floor with his mom and sister, he happily read his book to Lilah. She was mesmerized.

Jackson had her complete attention as he read it aloud and pointed to the pictures. It certainly shows Jackson is a good teacher and mentor. It’s also a welcome change for these two. Usually, Lilah is desperately trying to keep up with her older brother. This time Jackson slowed things down and held her attention.

It’s no secret the amount of love and admiration Lilah has for Jackson Roloff. Although, at times, she frustrates him for not being able to keep up. However, there are moments like the other day when Jackson shows his more patient side.

Plus, it’s fun to see these two Roloff siblings interact as they grow up. They certainly have the basis of a lifelong friendship. It will be interesting to see how Lilah is if and when she gets the chance to be a big sister.