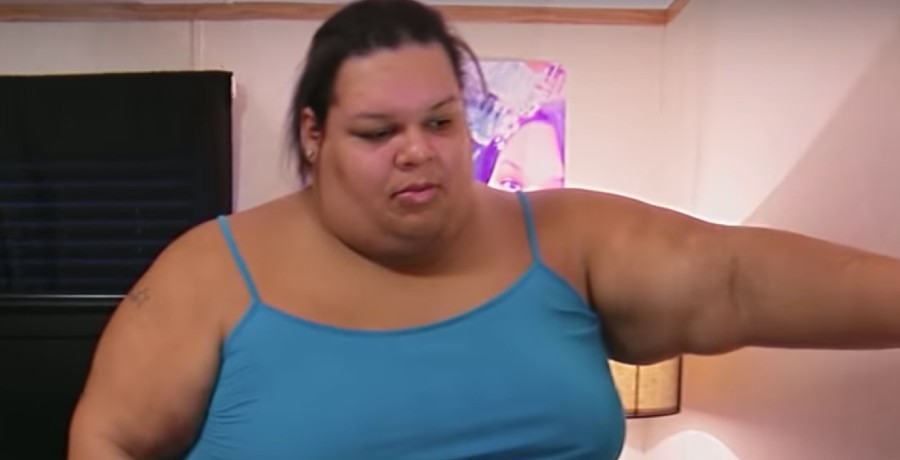 My 600-lb life star Destinee Lashaee had a long road ahead of her when she decided to lose weight and get healthy. However, she did great on Dr. Now’s program! She had many obstacles in her way but was determined to prove to the world that she could shed weight. But did she keep it off? Or did she turn to the only comfort in her life, food? Let’s get an update!

Destinee had a rough childhood, being born a male. She was only the second transgender person to be featured on the show. She was brought up in foster care and developed poor eating habits that helped her deal with a rough childhood. Suffering from trauma from the loss of her brother, who died in her arms. Destinee explained that her brother Anthony had just come home after undergoing a minor surgery when he suffered a blot clot that killed him.  Her weight continued to spiral out of control when she turned 18 and came out as gay. However, her family didn’t accept her sexuality. And they treated her worse when she turned 22 and began living as a woman named Destinee.

Turning to Dr. Now for help

By the time Destinee made it to Houston to see Dr. Now she weighed in at a massive 669 pounds. “My situation is at a breaking point,” she says on the show. “I need to get help, I need to be able to lose this weight or they’re going to be burying me next because I don’t think I could live to next year being this big. At this rate, I give myself a couple of months.” Ultimately she did great on Dr. Now’s program and was able to have gastric bypass surgery, as a result, she down to 440 pounds and was a total loss of 269 pounds, as reported by The Sun.

Destinee has done a great job maintaining her weight loss and staying healthy which made fans believe that the show was a positive step for the reality TV star. However, in reality, that wasn’t the case. Destinee turned around and sued the production company Megalomedia for negligence, intentional infliction of emotional distress, fraud, and more. Claiming that the producers of My 600-Lb. Life had “taken advantage” of her, as they focused “only on ratings.” She went on to say that the production company said they would pay for her mental health treatment, as she informed them that she suffered from “gender dysphoria and emotional distress. The case is still pending in court and there are no new updates on the case.

Remember to check back with TV Shows Ace often for more news and updates about the cast of My 600-Lb. Life.

‘My 600-Lb Life’ Update on Sarah Neely: Where is She Now?
‘Sweet Home Sextuplets’ Go Crazy Slipping and Sliding In The Park
The Duggar Family Might Be Hiding Another Engagement Or Two
Does Janelle Brown Believes Her Family Was Destined To Be Together?
‘Sweet Home Sextuplets:’ Rivers & Rayne Have Their Dad’s Dance Moves