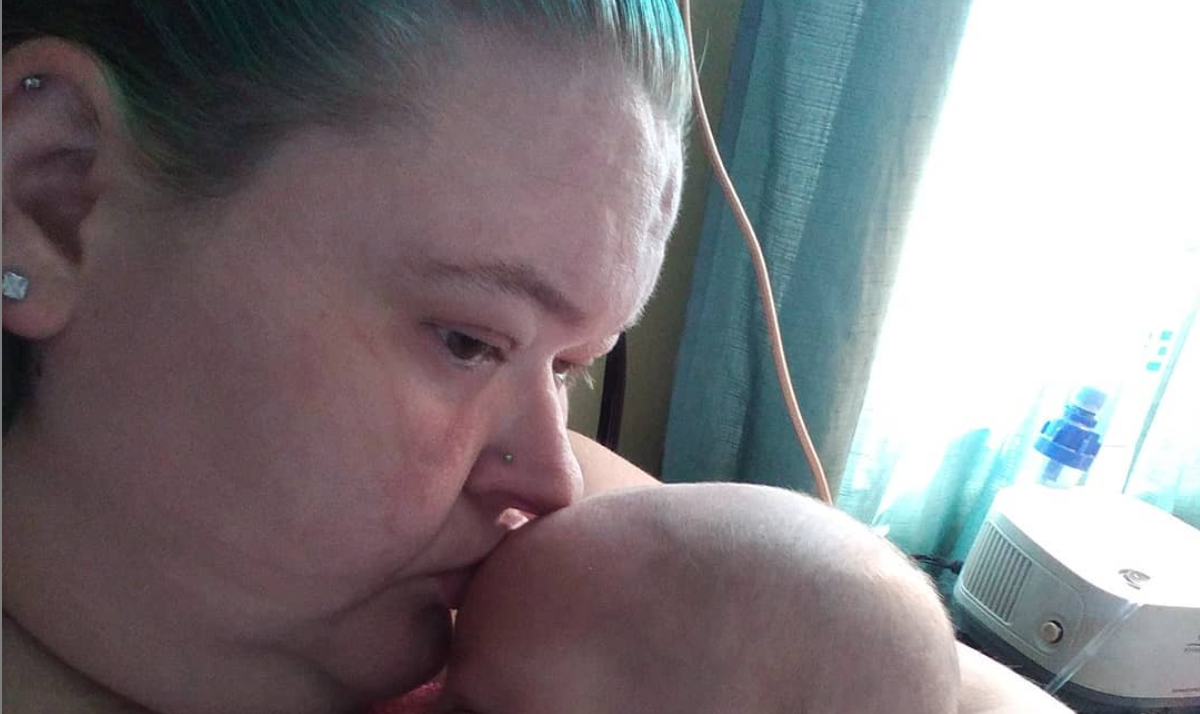 1000-lb Sister fans seem to think Tammy Slaton is not fit to be a babysitter for little baby Gage.

Gage Deon is the son of Amy Slaton and Michael Halterman, making him Tammy’s nephew. No one is entirely sure when Amy actually gave birth, however, the episode of his birth recently aired as a part of the sisters’ second season of their show.

1000-Lb. Sisters fans assume Amy Slaton Halterman gave birth between the months of November and December. Initially, fans believed her due date was January 7th because of her Amazon baby registry. But, based on the Halloween episode, a January due date didn’t make sense. In fact, TV Shows Ace estimates her due date was actually around the end of December.

As we previously reported, Amy Slaton’s miracle son was a breech baby. So, she was required to have a C-section birth. Now breech babies are flipped the wrong way so they come out butt first instead of head first. And you can bet Amy Slaton had fun with that one. She likes to say her son came out mooning the doctor, which she of course immediately followed up with a  fart joke.

But now that baby Gage has arrived what role will Aunt Tammy be playing? Fans sure are hoping it’s not the role of a babysitter.

1000-lb Sister fans are so upset by the idea of Tammy babysitting that they raged on Twitter.

Fans are using the hashtag #1000lbSisters to beg Amy Slaton to not let Tammy babysit. Fans say they do not even trust Tammy to take care of herself let alone an infant. Check out some of the tweets below.

How does Tammy figure she is going to babysit and help in general with the baby when she can’t even take care of herself?! #1000lbSisters

Other Twitter users got a little more hurtful with their tweets as they started making jokes about Tammy eating Gage.

How can Tammy babysit if she can’t take care of herself?

The above tweet prompted many replies of fans in 100% agreement. It seems no one can even imagine Tammy being a babysitter.

One user wrote, “How is she gonna babysit when she needs to be babysat herself” with a crying emoji while another went into a lengthier explanation of Tammy’s poor behavior.

The user wrote, “tammy can’t move enough to care for baby. the jealousy is palpable w/her. first she felt abandoned when amy got husband; now w/amy having a baby. kind of agree w/this as tammy isn’t wound tight enough to ensure baby would be safe as jealousy is a crazy monster w/no boundaries.”

Finally, one fan just tweeted a simple “please don’t” in an attempt to persuade Amy to keep her baby away from Aunt Tammy.

What do you think? Should Amy Slaton allow Tammy to babysit her nephew Gage? Let us know what you think in the comments below. Be sure to watch catch episodes of 1000-lb Sisters on TLC Mondays at 10 pm E.T.