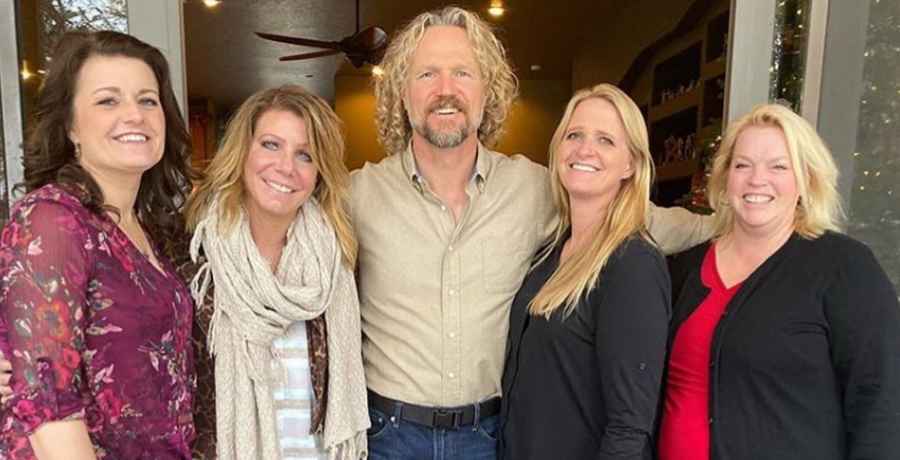 In a recent interview, Kody Brown of Sister Wives opened up about the difficulties he is facing with his four marriages, especially during the pandemic. He finds there are tensions when all his four wives are together. Kody said he realizes this, especially when watching episodes of the TLC reality show.

Tensions with Kody Brown and his four wives

Kody Brown, 52, opened up in a recent interview about the problems inherent in his four marriages. He said that when he watches episodes of Sister Wives, it makes him realize that he is not being calm when they are all together. “For some reason, there’s this psychic tension with us,” he added.

Brown went on to speak about how they used to hold family meetings. At those meetings, his wives, Meri Brown, Christine Brown, Janelle Brown and Robyn Brown would all be together. However, after the meetings became “frustrating” and “awkward,” they stopped having them. Despite that, the discomfort remains whenever all four women are together.

Kody went on to say that he realized he needed to calm down and also needs to ask his wives to calm down. However, he said that is all retrospective, as he now watches the episodes. He asks himself why he is so angry and why is he in this bad place? On top of that, Brown said they “broadcast it to the whole world.” The TLC reality star said this is what made him realize he has to calm down, adding, “It’s more of a situation where I don’t really understand.”

Speaking of the dynamics among his wives, Kody says it is impacted by them being the oldest child or oldest daughter in their families. However, he himself is the fourth child in his parents’ offspring. Kody said his wives are used to being in charge and “being the boss.” Meanwhile, he is in a world where he is supposed to be in charge but feels like he is on the bottom.

Speaking of the division among his four wives, Brown said he feels like they are living four separate lives. However, he doesn’t feel like he is living four separate lives. Kody describes himself as being “sort of strung out on this relationship conveyor belt.” He added that, in fact, it seems like his wives are living in four different worlds. In fact, each wife is at a different stage of her life.

According to Brown, the coronavirus has only complicated issues among the group. He has to have this attitude that you will get your time. It says it is like they can all survive the time apart. However, the hardest thing is that everyone has had to choose.

Kody said as they get into the pandemic, they end up having to at first be very weak about it. However, they tried to establish some ground rules to prevent exposure to the virus. He said the most important thing is to stop spreading it throughout the four households, spreading it through a whole family.

The family turned to their doctor for advice but struggled to agree on the rules. Kody said some of them are more willing to be compliant than others. The challenge is that if a wife isn’t totally compliant, she has to travel and is going to see her kids.

If the wife is going to potentially be exposed and asked to quarantine after a while, they ask if he even loves them. Kody says he does, but they have to go into quarantine. He adds that he can’t visit because of the quarantine, saying they put themselves at risk. Brown says it isn’t fair for him to put his entire family at risk because one wife has traveled. Kody added that yes, the coronavirus pandemic has been a real challenge.

Kody and Meri on Sister Wives

As reported, Kody and Meri are particularly having issues recently. Meri admitted to Us Weekly that her marriage to Kody is “dead” and “over.” However, despite the problems in that relationship, Brown says it is up to his wives to initiate divorce. He did admit their marriage is in a “very dark place,” but it is not his right to end things. He said he feels like they should understand that they can leave and that no one is a prisoner there.

Watch the full interview in the video included here.

Keep up with Sister Wives on TLC, Sundays at 10 pm ET.