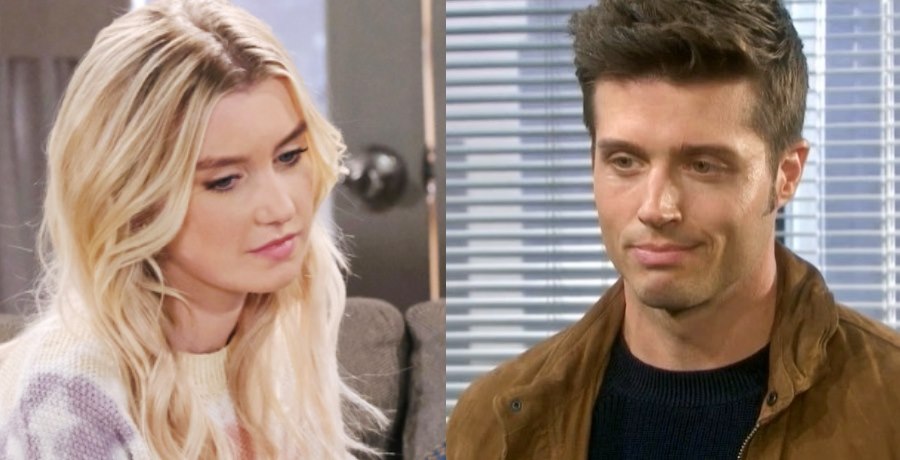 Orpheus (George DelHoyo) took over the Ciara situation from Vincent Belman (Michael Teh) after his jailhouse suicide. However, Evan isn’t playing the game his father wishes. He’s gone rogue, and now another Kiriakis heir is kidnapped soon on the NBC soap.

Days of Our Lives spoilers show Evan Frears is cracking under pressure. The walls are starting to close in on him. So he starts making careless errors. His daddy’s goal is to ransom Ciara Brady for a big payday from her grandfather Victor Kiriakis (John Aniston). However, Evan wants to make Ciara suffer. The money is irrelevant to him.

Soon Evan will taunt Ciara with news of Ben’s death. It’s just another mind manipulation of his to devastate Ciara. Of course, Ben’s alive and well. Actually, he’s closer than ever to rescuing his bride, suggest Days of Our Lives spoilers.

Days of Our Lives spoilers predict Evan’s unraveling fast. He’s playing a game of cat and mouse with Ciara’s emotions while placating his father. However, Ciara is more formidable than he bargained for. This causes Evan to make mistakes and decisions without thinking through the consequences.

Days of Our Lives spoilers tease Claire Brady becomes Evan’s next victim. He kidnaps her and takes her hostage as well. Spoilers say that wasn’t the plan. More likely than not, Claire offered herself up as bait to lure Evan out and give Ben and Shawn a chance to rescue Ciara. However, spoilers also tease once again Claire’s attempts to help solve crimes ends badly. Now her life, as well as Ciara’s, is in jeopardy.

Well Well who do we have in the Days Promo???

No other than Ben and Ciara Weston!!! #Cin REUNION ASAP PLEASE!!! pic.twitter.com/gfKM7331nP

Days of Our Lives: Ben Weston Struggles To Save Both Ciara and Claire

Days of Our Lives spoilers say Ben’s daddy Clyde Weston (James Read), is the one who gives him the lead with the most promise. However, is Ben too late? Certainly, time is running out for both Ciara Brady and now Claire Brady on the NBC soap.