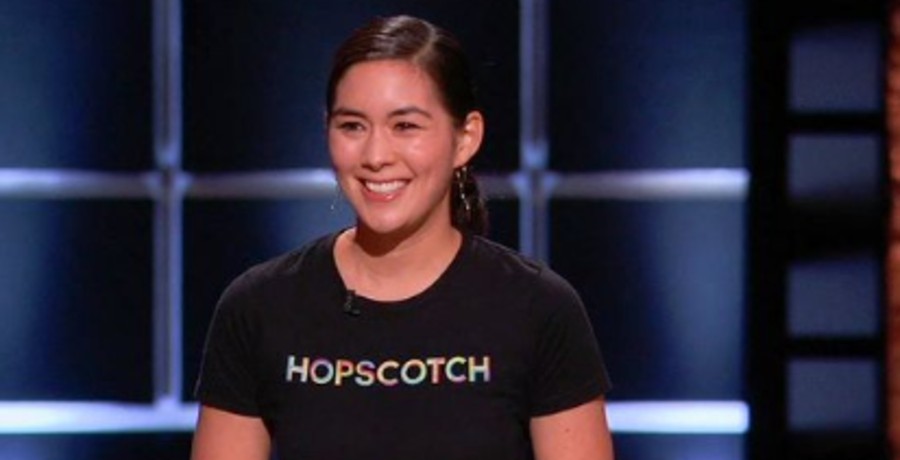 Shark Tank contestant Samantha John proves to the world that coding is not as difficult as it may seem. They are experts at making it fun. The owner presented her fun and educational app on Shark Tank. Mark Cuban was the right entrepreneur to sink his teeth in this business but fans speak up. Let’s take a look at the deal.

From the very beginning

An entrepreneur from Brooklyn, New York, Samantha John fell in love with programming during her senior year of college. “Since then, she’s been on a mission to introduce every kid to this amazing skill,” her biography on the website reads. Hopscotch is an educational app that teaches children ages 10-16 years old how to code. The app also uses bright, video-game-like sequences to keep children engaged in what they’re learning. The website states. According to an article by Heavy.

Samantha was asking for a $400,000 investment for a 4% stake in her company.  Intrigued at first glance, Mark Cuban remembered the app and said, “I used Scratch. My kids used Hopscotch…” Kevin O’Leary jumped in, “It’s intriguing, how do I make money?”  Samantha explained that they were in the subscription business but she was open to trying a new model. Unfortunately, Daymond John was the first to back out of the deal stating that it is a “little dangerous for me”.  Lori Greiner who said she “personally didn’t know how to help her”. Decided to go out. Kevin Leary backed out saying, “I have spent many years of my career in your sector,” and vowed never to get back. Last was Barbara Corcoran that was “frightened” and wasn’t sure how to move forward in this business, and decided to go out. 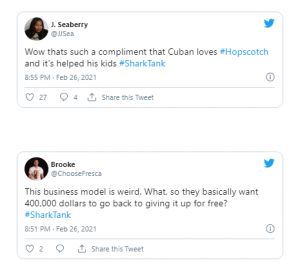 What the fans have to say

Many fans wanted to weigh in on the deal, one person took to Twitter to say “This business model is weird. What, so they basically want 400,000 dollars to go back to giving it up for free?” But not everyone felt that way and gave positive a positive opinion.’Wow, that’s such a compliment that Cuban loves #Hopscotch and it’s helped his kids #SharkTank”. Whether you believe the offer was fair or not, Samantha seems happy and so does Mark. We wish them nothing but positive thoughts on their journey!