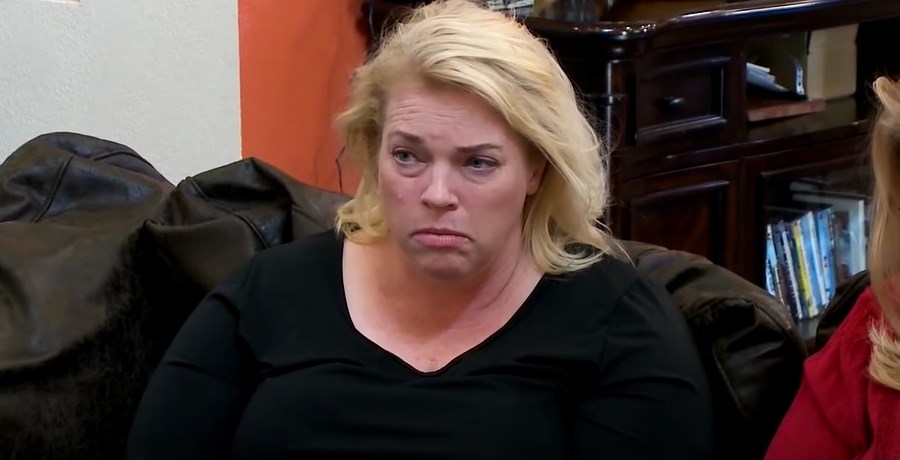 It seems that Sister Wives fans are loving Janelle Brown. Oftentimes they are found doting on her as their “Favorite Wife”. It is easy to see why. From the outside looking in, it seems like Janelle does a great job of staying out of the drama that the other Sister Wives find themselves in. However, recently fans of the TLC show think Janelle is “the forgotten wife.”

Janelle Brown is the second wife of polygamist Kody Brown. There are several “fun facts” surrounding this union. Fans may or may not remember that Janelle is previously married. From 1998-1990, Janelle was married to Adam Barber. Consequently, the shock and awe don’t stop there. Adam Barber is Meri Brown’s brother. Early episodes of Sister Wives also inform fans that Janelle’s mother was married to Kody’s father. So, not only are Janelle and Kody husband and wife but step-siblings.

It seems like due to new episodes of Sister Wives and the availability to stream the series on discovery +, the wives are gaining more recognition. This goes for the collective Sister Wives fan base and each wife’s individual fan base. Sadly, some fans have taken to calling Janelle “the forgotten wife.”

Why Fans May Call Her “The Forgotten Wife”

While that may seem like quite the moniker to overcome, it doesn’t stop fans from doting on her. Many fans in fan groups mirror the sentiment that Janelle Brown used to be their least favorite wife, but now she is their favorite. Fans also theorize that the fact that she is “business-minded” and “stays out of the drama” may cause her to be forgotten by Kody.

In a recent and rare selfie on Instagram, fans flood Janelle’s comments with compliments. One fan writes, “I bet (sic) Cody visits your house for a break from the craziness!!!!”  And while others agree, one brings up an interesting point of view. “(sic) Cody doesn’t want but 1 wife. He’s legally married to her. He uses the other three for money.”

In the same thread of comments on Janelle’s most recent selfie, another fan brings up a good point. The fan writes, “Love your show and learning about your culture but you seek to be the only realistic one. (sic) Cody favors Robin so much it’s sticking. If your one family you should be in one home!” Without a doubt, this draws attention to the fact that the distribution of Kody’s attention is not even.

Do you think Janelle Brown is “the forgotten wife”? Let us know in the comment section below. Make sure to come back to TV Shows Ace for more Sister Wives News.