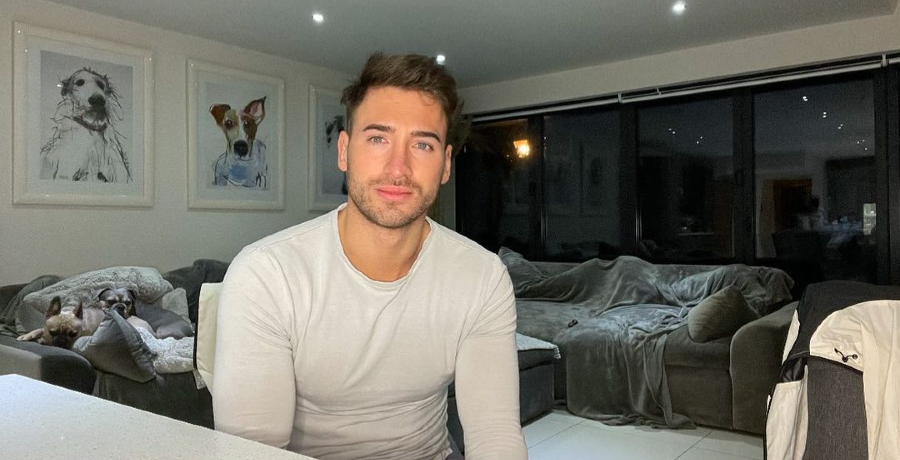 The Below Deck Season 8 reunion had a few surprise guests. Fans didn’t expect this kind of sighting during the episode. The My Seanna crew gathered together virtually for the reunion on Watch What Happens Live with Andy Cohen. During the one-hour-long episode, a lot of revelations were made.

For some reason, people focused on James Hough’s eyebrows. But fans couldn’t help but notice his dogs roaming around in the background. Some would say that they stole the show. It was probably one of the most awe-inspiring parts of the reunion. However, there were some who found it unprofessional.

According to Bravo TV’s The Daily Dish, deckhand James Hough’s French bulldogs made an appearance in the reunion. He revealed that he was hanging out at home in Blackpool, United Kingdom. His adorable dogs are Pablo, Ralph, and Reggie. All three of them could be seen behind his left shoulder and sitting atop of his huge gray couch. They made an appearance several times throughout the episode.

But it’s not the first time that fans have seen his dogs before. Below Deck fans who follow James notice that his dogs love to photobomb his Instagram posts. He often goes on adventures with his furry friends. Pablo also recently crashed his Below Deck After Show along with his mom, Elaine.

Aside from James and his French bulldogs, most of the My Seanna crew attended the Below Deck Season 8 virtual reunion. Rob Phillips couldn’t attend because he was “in Fiji digging for gold,” Andy revealed at the beginning of the reunion. But James was happy to be a part of it for the first time.

“I’ll be honest, I’ve never watched any of these reunion shows, and I think this is brilliant,” James said. “This is literally like the roast of Below Deck. I’m actually really glad I’ve logged in for this.”

He even looked amused as his fellow crew members bickered with one another.

Below Deck fans thought the reunion could have been a lot more interesting. They feel that it did a major disservice to the season. Most fans took to Twitter to share their disappointment. Most of them feel that it was “rushed” and “boring.” That was the overwhelming theme of the night.

Some viewers noticed that the crew glossed over a lot of topics and apologized quickly. Even bosun Eddie Lucas and Chef Rachel Hargrove apologized and moved on.

“[Below Deck] reunion was boring,” one fan tweeted. “Seemed like everyone just quickly apologized and moved on to the next topic.”

Of course, some fans are “distracted” by James Hough’s dogs in the background.

“Anyone else mesmerized by James’s 2 dogs in the background of the reunion taping?” another fan tweeted.

What are your thoughts on the Below Deck reunion? Do you agree that it was boring? Sound off below in the comments.

Netflix Anime: ‘Monster Hunter: Legends of the Guild’ Release Date, Trailer
‘When Calls The Heart’s’ Erin Krakow Wishes Lori Loughlin A Happy Birthday
Meri Brown Gets Cryptic About ‘Being Broken,’ Is She Alright?
‘Love Island USA’: Cinco Shares His Feelings For Cashay & His Celibacy
Wait, What?! Matt James & Rachael Kirkconnell Left ‘After The Final Rose’ Together?!