Tammy Slaton shares a desire to be America’s Next Top Model during tonight’s episode of 1000-Lb. Sisters. Her sister Amy was sitting beside her on the couch at the time. And, she was quick to share her thoughts on this discussion.

Amy tests out a virtual reality game with the family

Amy Halterman reveals they got a virtual reality game to test out on their YouTube channel. She thought the game would be a great way for her, Chris, and Tammy to exercise. Both her and Chris really hoped Tammy Slaton would take to the virtual reality game. They thought it would be a great way to get her up and moving without realizing she’s exercising.

Tammy also spoke to the cameras admitting she thought it was a great idea. She was thrilled to do something that was exercise without it really feeling like exercise. She hoped for the best.

Unfortunately, this didn’t exactly work out with the virtual reality game. Tammy Slaton’s mobility issues made it hard for her to move around and do much in the game. Her family realized she’s so dependent on using your walker for support it made it hard for her to enjoy the game. Likewise, Tammy Slaton was only able to stay for so long before her legs started to burn and she decided to sit down.

It was easy to see the devastation in her face.

Tammy Slaton aspires to be America’s Next Top Model

The Slaton sisters discuss that virtual reality allows them to go anywhere and pretend to be anyone. Tammy and Chris thought it would be a great way for Tammy to get out there and go places without really going anywhere. Tammy admits it would be really cool to pretend to be America’s Next Top Model for a period of time.

Her sister Amy is sitting on the couch with her at the time. And, she immediately starts cracking up. She corrects Tammy saying she’s actually America’s next top horror show. 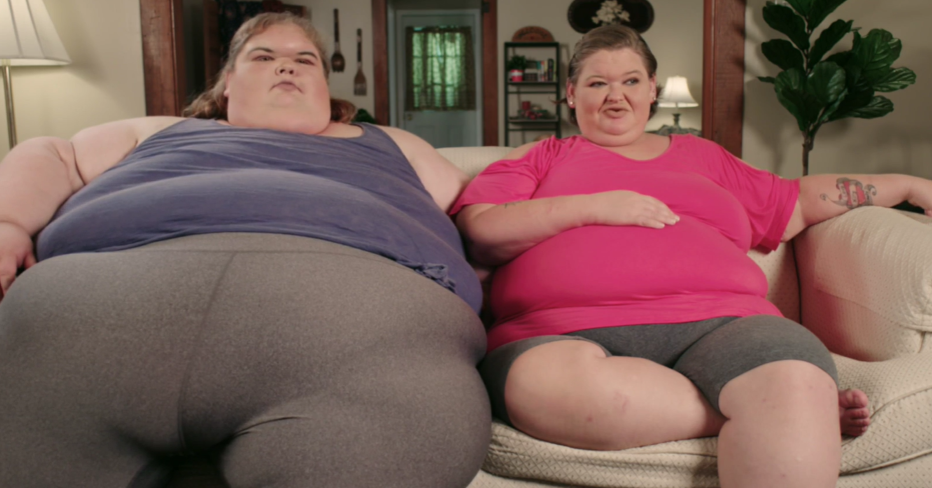 Fans love the hilarious banter between the sisters. But, they couldn’t help but find her aspiration to be a model a little saddening.