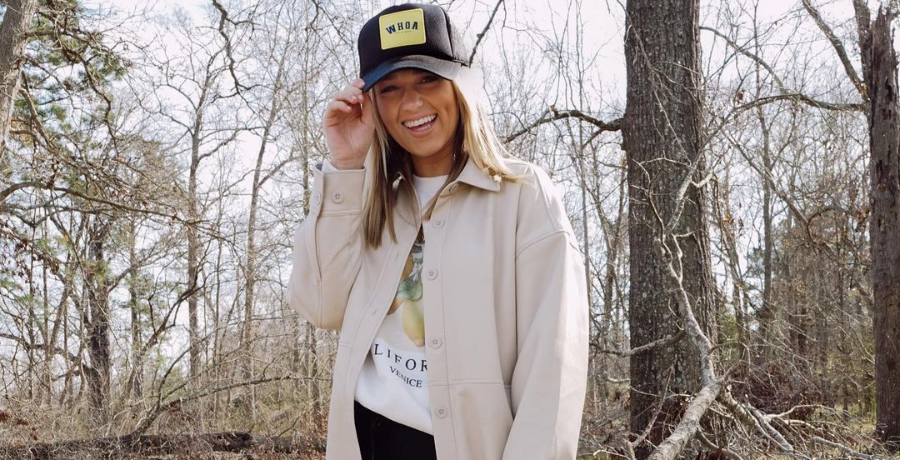 Sadie Robertson may look happy in her photos. But even she feels overwhelmed sometimes. The 23-year-old shared her thoughts on a sermon she heard. And it made her realize that “rest” is not just a “destination.” According to Sadie, it’s “more of a mindset.”

On Monday, February 22, Sadie Robertson posted two new photos on Instagram. In the series of photos, the pregnant star wore an oversized T-shirt that featured a tiger. She paired the look with ripped bell-bottom jeans and black slides. She wore her blonde hair up in a messy bun with a middle part.

Sadie gave the peace sign as she snapped the mirror selfie. In the second image, she showed off her ever-growing belly bump. She looked insanely happy in the photos. But in the lengthy caption, she admitted that even she feels overwhelmed by life. But before sharing her struggles, she announced that she’s at 30 weeks.

“I heard a much-needed sermon yesterday about rest not being a destination, but more of a mindset!” Sadie wrote. “Sometimes it can feel overwhelming looking at all I need to get done with work, my personal life, the house and so on before the baby comes and then once she comes all the things that we will do.”

The Duck Dynasty alum often wonders if she’ll ever have time to rest. But what she learned from the sermon is that rest is about “faith” and “trust” in God, which leads to relaxation. Rest is all about resting in God and trusting what He has in store. Sadie had even more wisdom to share with her followers.

“It’s a posture of your heart not a position on the couch,” Sadie joked. “It’s about knowing that God is God and I am not … thank God … literally.”

Sadie often leans on her faith when time gets tough. She counts on God to “be my strength and my guide in the midst of the business.” She would know since she’s a busy Christian influencer, author, blogger, podcast host, and youth minister. At the end of her post, Sadie encouraged her followers to listen to pastor Miles Fidell’s sermon at Auburn Community Church.

Despite feeling overwhelmed, Sadie Robertson is “so happy”

The Whoa That’s Good podcaster took to her Instagram Story. She shared a side-by-side comparison of her Monday OOTD and her baby shower dress. As you can see, her baby bump was more noticeable in the curve-hugging dress she wore this weekend. Sadie captioned the post: “taken two days apart from each other hahaha outfits change everything.”

She’s on cloud nine after celebrating her baby shower. The reality star took to Instagram on Saturday, February 20 to share a carousel of photos from the event. Sadie even showed off her baby bump in the pics. In the caption, she added that she is “so happy rn.”

The former Dancing with the Stars contestant tested positive for COVID-19 while pregnant. But she has since recovered. Sadie advised her fans to mask up and practice social distancing. The baby shower included their close family and friends, most of which wore face masks.